Provide a way to embed videos in answers

To explain a point on this question, I made a video at screenr.com and linked to it.

I tried to use object/embed markup, but it was just ignored, which is a good thing because it would not be a safe solution.

But it would be nice if Stack Exchange found a safe and easy way for users to create quick screencast videos just as they did with pictures. The best solution would be like the new photo upload button, e.g. a "full-screen video recording button." Perhaps SOIS could outsource/partner with a company like screenr.com or YouTube or Jing to make this possible?

... with possibly more to come in the future.

Allowing arbitrary <object> tags is definitely out of the question, but what about allowing, say, YouTube embeds (by entering the video ID only)?

It would serve the original purpose of illustrating a question using video. YouTube's content filters and manual checking will reduce the possibility of abuse to a minimum. Together with a reputation threshold (say, 100 or 200) I think this could work well.

I like the idea and I don't know why there's so much opposition to it. By allowing embeded videos from trusted sites only there shouldn't be a problem with safety. And we can post images anyways, which can be much bigger than the Flash player videos use (without loading the actual video).

Also as Pekka mentioned, a rep threshold of about 100 or 200 reputation points would minimize the potential for abuse. You only need 15 rep to post images and I have never seen an abusive/spam image.

We should remember StackExchange is not just about StackOverflow any more, there is now a number of sites that could benefit greatly from videos/screencasts (SuperUser, Gaming, Cooking, etc.)

I support this request.

While you can't embed YouTube videos on SO or SF, you can embed a link and thumbnail, using code like this...

Simply replace gUmMcecHN9s (in both places) with the video ID of your choice and alter the caption. 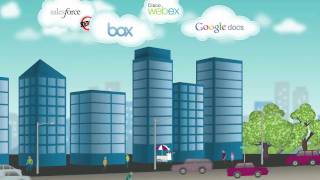 Ignoring the technological reasons for or against allowing videos on SO, I believe it may have a negative influence on the quality of questions being asked.

If videos are encouraged, programming problems (especially ones related to user interface and graphic programming) are a lot easier to post as "Why is this happening?". This makes it nigh on impossible for anyone to get benefit from the answers in the future unless the problem is also described well enough in English to allow search indexing.

Furthermore, trying to describe a programming problem forces the writer to think about the steps that are going on in the rendering process, which is part of the process in solving the problem.

The site already allows users to post pictures which are all that should be needed to illustrate a well worded (and therefore valuable) question.

I second the request and I also want "play on load" midis and animated gifs(all my forums have them, SO is so 1970s!) to be added to SO.

That was in jest. Nice question, a higher reputation should be necessary after which the content would be viewable by members and pre-approval by moderators for video content before the video is viewable by all.

AND no animated gifs, we have 4chan for that.

However I am in two minds, will we have Reddit style [Includes PICTURE] and [INCLUDES MOVIE] in SO question titles after this?

This has extremely high potential for abuse. Consider the danger of embedding any ActiveX object in a page - plenty of room for exploits. What's more, the control could do all kinds of useless and annoying things - things that have nothing to do with the question.

I cannot support this idea at all.

I agree with @George Edison...this has a lot of negative effects...regardless of the purpose of the site.

Not the answer you're looking for? Browse other questions tagged feature-request status-completed videos youtube .

16
Can I add a YouTube video to my answer in Stack Overflow?
54
Increase minimum word count with links
42
Can an embedded audio player be added to Audio.SE and Music.SE?
64
Allow embedded HTML5 YouTube video
34
Which sites have YouTube embedding on?
38
Is it possible to embed videos in questions?
15
What are the limitations in Beta?
7
Is it bad etiquette to have a 0% accept rate on meta stackexchange sites?
25
Add chat-like YouTube support to Stack Exchange
11
Are answers with YouTube videos a good idea?
See more linked questions

659
Any way to send a personal message to another user?
994
Show all of my question/answers to me even if they are deleted
404
Add a way for moderators to cast a normal, non binding close/open vote
193
Provide a tool for moderators to migrate comments to chat
38
Is it possible to embed videos in questions?
13
Please Improve supported URLs list for Embedded YouTube videos