Questions not removed from “Linked” when comments are deleted

This has been reported a long time ago; things might very well have been fixed by now. I can hardly imagine this is a real issue, but maybe it's not too nice for SEO or the data dump? So:

A question on Super User had its comments about duplicates removed by a moderator. However, the "Linked" section still showed the links for many months, until somebody edited an answer: 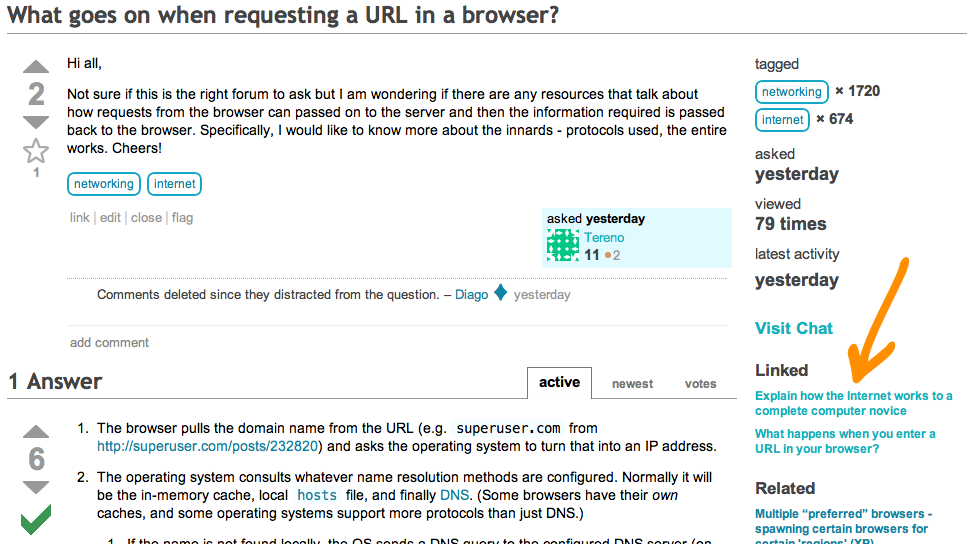 Jeff writes that links are cleaned up every 30 days, or whenever a post is edited. The first was not true for this example: the links were definitely still there almost 4 months later (on May 4th 2011). Looking again in October showed the links were okay, but at that time the post had been edited.

I think one link was still used in the 4 close votes that had not expired yet. The other was a link to another duplicate, which might only have been in the comments, not in any vote. (As I voted, I only see "You have already voted to close this question" so cannot validate which duplicates were used. Both links were in my comments.)

This is related to Posts linked in deleted answers still show up under “Linked”, which meanwhile has been tagged status-bydesign. But while 10k can see deleted answers, deleted comments cannot been seen by anyone but moderatos.

There was a missing call to our sync code here - it will happen appropriately after the next build. What happens typically is one of 2 cases:

Removing a comment wasn't triggering either case, now it will appropriately trigger the second.

Not the answer you're looking for? Browse other questions tagged bug status-completed linked-questions .

4
Why is this question “linked”?
0
Using linked questions to nefariously embarrass a subject
82
Further anonymize deleted accounts by changing the username in close/delete notices
18
Posts linked in deleted answers still show up under “Linked”
10
Difference in score between Linked and Related questions - is it caching, or a bug?
7
Broken link in Linked Posts section
6
How did this question get a 'linked' question that isn't mentioned in comments or answers?
15
How about linking “Sorry we are no longer accepting questions …” message to faq?
8
Deleted user's name shows on Area 51
7
Why doesn't this question have any linked questions?
See more linked questions

1174
Encouraging people to explain downvotes
218
Allow flagging a comment after upvoting it
415
Decision on rejected edits should be displayed as a notification to the editor
18
Relative links are ignored by “Linked Questions”
38
“More linked questions” view does not show all linked questions
203
More descriptive “User was removed” explanation
133
Don't delete comments with link to duplicate if they are modified
108
Did You Know… that 10k users can see deleted comments?
578
We're switching to CommonMark