Vote to emergency suspend for three 5k+ or 10k+ users?

There was a case a few days back of a user going crazy and starting edit wars in all of his 42 questions, resulting in 50-100 new revisions per question. It being the weekend, it took 1-2 hours until a moderator showed up to suspend the user.

Now, it taking some time until a mod can look into a flag is perfectly normal. Moderators' time zone coverage will increase over time, but you can't expect emergency-service reaction times around the clock.

I would therefore suggest the ability for three 5k+ or 10k+ users to vote to "emergency suspend" a user for, say, three hours, until a moderator can look into it. The function could be located in the 10k+ tools, visible only for user profiles that have had a recently flagged post that wasn't acted upon within 10-15 minutes. Flags would wither away quickly if three votes are not accumulated within a defined (short) time span. An emergency suspension can be cast only once for a user, after that a mod has to look into it.

Obviously, it would have to be communicated clearly that this is an emergency brake only, and that misuse of the function would have grave consequences. Making it a three-vote thing takes away much of the potential for misuse, though.

Edit: Shog9 makes a number of very good points pointing out that this is solvable already through coordinated flagging, and doesn't really need a new, potentially misusable tool. I tend to agree. Should this be deleted?

This is a terrible idea

While no real damage was done, and in hindsight instead of starting an edit war, we could have just waited for a mod to appear

Yes, you could have. In the end, the only irreversible damage was caused by so many editors rolling back changes that several questions were forced into CW-mode - the actual vandalism performed by the ultimately-suspended user could have been dealt with in minutes once a moderator stepped in. Lemme just emphasize that: the only permanent damage was caused by well-intentioned community members overreacting to the vandalism.

So your solution is to give community members a tool with which they can directly attack another user?

Stop and think about this for a minute: there are no tools on SO that allow users to moderate other users. You can vote, flag, close, delete posts - but not users.

Being able to flag a user for moderator attention would be handy at times, and fairly benign... But you can't do that. Because you're not supposed to be focusing on the abusive user, but rather on the abuses. So you flag the posts... That's what the moderators really need to see anyway.

This requested feature would be a severe break from that content-focused moderation philosophy.

The philosophy of suspension

When the "penalty box" was first introduced on SO, its intended purpose was to serve as a wake-up call to users who had established a consistent pattern of poor behavior on the site:

When users exhibit a pattern of either …

No effort to learn and improve over time

… these problem behaviors have to be dealt with.

It gives moderators a way to remove a user from the site temporarily, while they contact the user and try to work out whatever is going on. It was not designed as a way for vocal members of the community to enact vigilante justice on someone they felt was dangerous or misbehaving. Even moderators are expected to use it reluctantly, as a last resort when at all possible.

Now, I'm sure you'd never vote to silence someone who insulted you or pointed out problems in a rude way, or down-voted something you put a lot of thought into, or wore the wrong color of hat in their bio photo... In fact, I'm sure no one currently participating in this discussion would do such a thing - you're all great people who consistently act out of principle rather than personal interests.

But there are currently 992 10K users on SO. And 2388 5K users. And although I'd love to believe that out of those thousands of individuals there are only one or perhaps two who would use a feature like this to shut down someone else for personal reasons, experience forces me to admit that there are scores of them, and probably hundreds. And that's on Stack Overflow, where normally we're all very nice people - on Math, Physics, and Knitting.SE there's a really good chance that all 10K users are complete bastards.

Don't give tasers to fighting toddlers. 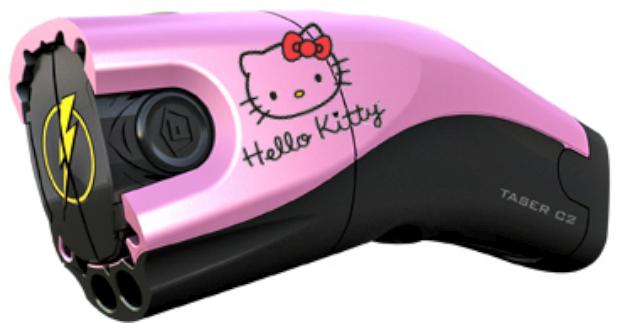 Also, leave user-oriented moderator tools for moderators, who have (hopefully) been selected for their restraint, levelheadedness and grace under pressure. Make it easy for users to box other users, and you'll find a lot more boxing going on, regardless of whether or not it's warranted.

Rather than votes, perhaps a heuristic where SO detects that a user has edited >X of own posts within a timespan Y where the change delta as a percentage is > Z triggers a throttle.

In general I like the solution. However a couple of concerns are making me think it should not be implemented.

An alternative solution might be an emergency block if a 10k user had X number of flags in a short time period. This way all users could help identify the issue and you don't have to add new controls to the UI.

A false suspension (i.e. one that should never have been) is harsh enough that it makes me dislike letting a handful or arbitrary 10k users vote on this. If we do this, I'd make the required count rather higher (at least 10 x 10k users) and allow 5k users to vote against the suspension.

I also think that this is going to be used rare enough such that once a threshold (3?) of votes is reached, a MSO post should automatically be created to discuss the situation. This would help grab the attention of frequent MSO followers who better understand how the site works (usually more so than a 20k user who has never visited MSO). Then they can cast more informed votes to sway the vote the best way.

Not the answer you're looking for? Browse other questions tagged feature-request status-declined security .

225
Why doesn't the Stack Overflow team fix the Firesheep style cookie theft?
91
Heuristics for detecting a bad answer?
72
Why are Stack Overflow people nice?
41
Show the number of flags beside the "tools" link for 10k users
43
Put an end to rollback wars

992
Show all of my question/answers to me even if they are deleted
237
Should the weight of downvotes be increased?
399
Add a way for moderators to cast a normal, non binding close/open vote
164
Do we need a 'reject and improve' button?
220
Introduce a "general reference" close reason
108
Roll out 10k tools gradually between 3k and 10k reputation for users who have shown interest in helping the site
67
Give Moderators/10k users a way to view the anonymous feedback data for a specific question
417
Decision on rejected edits should be displayed as a notification to the editor
59
Show embattled deleted questions to the public as if they were 10k+ users
1245
Don't throw away all votes when a user is deleted