Differentiate between employees and moderators [duplicate]

Ask Question
Asked 12 years ago
Modified 7 years, 8 months ago
Viewed 2k times
101
This question already has answers here:
Can we have a square or triangle or heart or *something* after employees' names? (3 answers)
Closed 4 years ago.

My understanding of who has diamonds:

Right now, there are a lot of new diamond moderators across the network, with more being added in the near future.

Stack Exchange has also been doing a lot of hiring lately, which means there are a lot of newish ex officio diamond moderators as well.

I think it would be helpful if there was a way to differentiate between moderators and employees across the SE sites.

A couple of examples of where it would have been helpful:

I kind of agree with badp's answer here -- we are running alongside you, not above you.

We strive mightily to put the very same tools that we have as moderators, in the hands of the community moderators. Obviously there are some unavoidable differences (mostly based on "kind of dangerous even for us developers"), but the general philosophy is this: 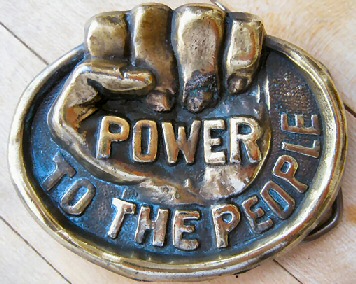 Therefore, at least in principle, there should be very little difference between my actions and another community moderator's actions.

And I think the visual indicators should echo this sentiment.

-1. While this proposal makes logical sense, it is harmful to the community. The last thing SEs need is more of the "we site vs you owners" feeling. Most of the time, this difference is irrelevant and I'm glad that it is that way.

90
Can we have a square or triangle or heart or *something* after employees' names?
4
Use a different symbol to delineate Team Stack Overflow
459
Employee profiles are now marked with a “Staff” indicator
194
Who are the diamond moderators, and what is their role?
114
Keep "Employee" on the profile of SE employees on meta
20
Hide employee reputation points on per-site Metas
15
What super-powers does SE staff have, that diamond moderators do not have?
29
Give moderators better visibility into actions taken on their sites by others with diamonds
11
User without a diamond added a moderator-only-tag
15
Should SE Staff have a Special Character in Their User Name?
See more linked questions

772
Which tools and technologies are used to build the Stack Exchange Network?
406
Add a way for moderators to cast a normal, non binding close/open vote
95
Allow moderators to reverse and/or nullify flag decisions
120
Allow users to hide connections between accounts
2528
Firing mods and forced relicensing: is Stack Exchange still interested in cooperating with the community?
722
Dear Stack Exchange: a statement and a letter from your moderators
23
Are non-diamond staff subject to the community-elected moderators?
196
Introducing the Moderator Council - and its first, pro-tempore, representatives
41
New Staff and Mod Labels on site metas and Meta Stack Exchange