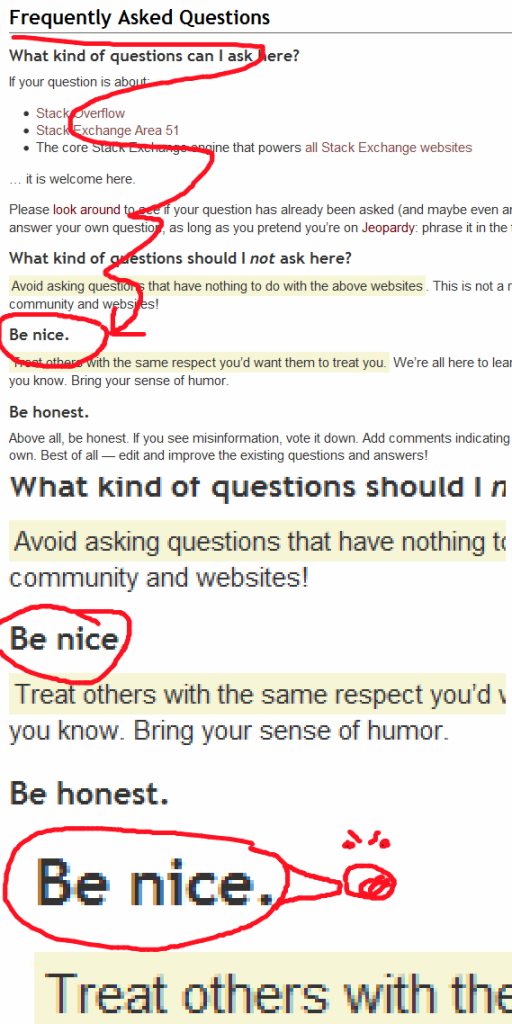 653
Any way to send a personal message to another user?
167
Are expletives (cursing, swear words or vulgar language) allowed on SE sites?
53
What should I keep out of my posts and titles?
11
Is it right to point out rude language or just silently edit it?
5
Valid questions buried under personalities

1840
Could we please be a bit nicer to new users?
358
Reject an already-approved suggested edit when rolling it back
296
How do we encourage edits to obsolete/out of date answers?
2502
Firing mods and forced relicensing: is Stack Exchange still interested in cooperating with the community?
2253
Stack Overflow is doing me ongoing harm; it's time to fix it!
551
The company’s commitment to rebuilding the relationship with you, our community
580
We're switching to CommonMark
411
Swag is coming back! (temporarily paused)