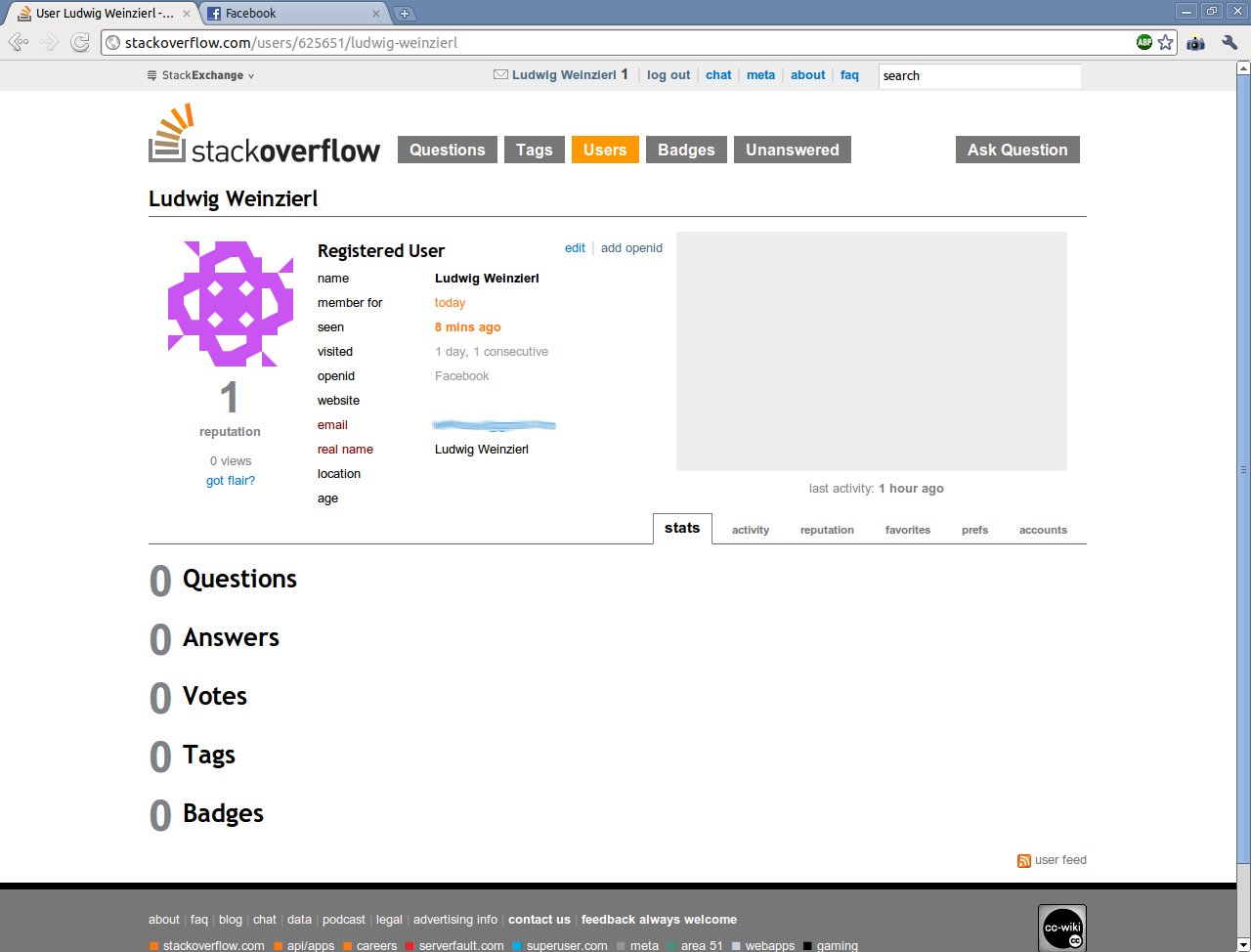 Now I added the OpenID of my real account to the new account because I thought that would either fail or merge the two accounts. What happens is that I'm redirected at a page that looks like this: 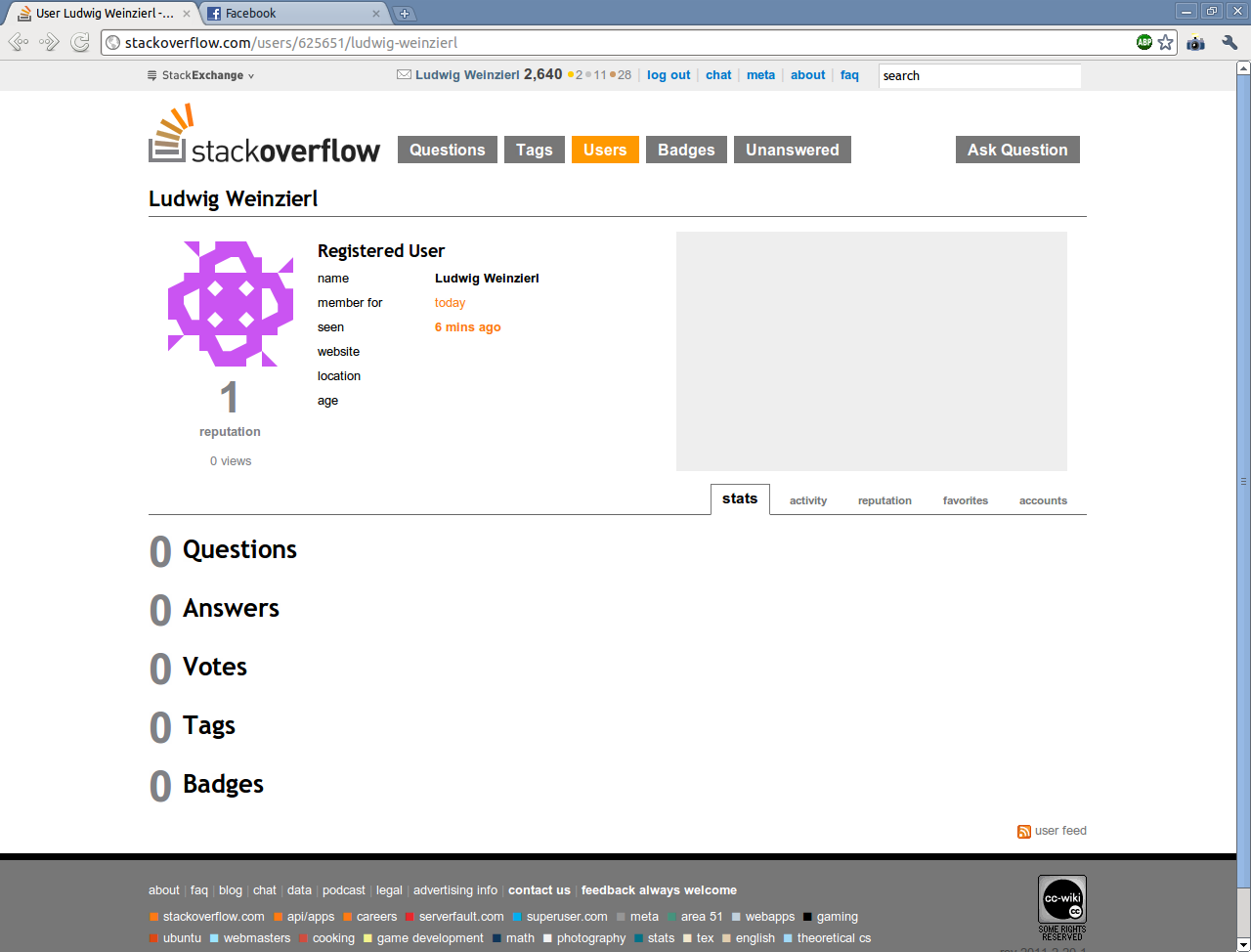 It seems I'm logged in with my old OpenID account now but still viewing the new accounts profile. The accounts have not been merged apparently.

What is expected to happen if a user with an existing account logs in with Facebook (and maybe acquires some reputation)? I think some users will expect both accounts to be separate, others might expect an easy way to merge their accounts.

Is there a way to merge both accounts?

I don't need my accounts to be merged in particular, I just find the current behaviour confusing and wanted to know if a merge is possible.

Accounts can be merged by moderators.

Flag a post from one of the accounts for moderator attention linking to the other account. They'll e-mail you and ask you to edit the profiles to indicate a) that you own both accounts (if it's not obvious) and b) which you want to keep.

You can then set up the alternate login to Facebook (or OpenID depending on which account you keep).

Asking here is also a way of attracting moderator attention.

Not the answer you're looking for? Browse other questions tagged support openid facebook .

3
How can a newly registered account flag a previously unregistered account's questions?
1
Removing a linked OpenID account
1
Problem with multiple OpenID accounts on Careers 2.0
7
Error logging in with Gmail OpenID
2
Use fake Facebook account to login with another user on Stack Overflow
15
Account merge unsuccessful