View count out of date on a Stack Overflow question [duplicate]

This Stack Overflow question at the time I looked at it, had comments from 3 different users, 2 close votes - and a view count of 1: 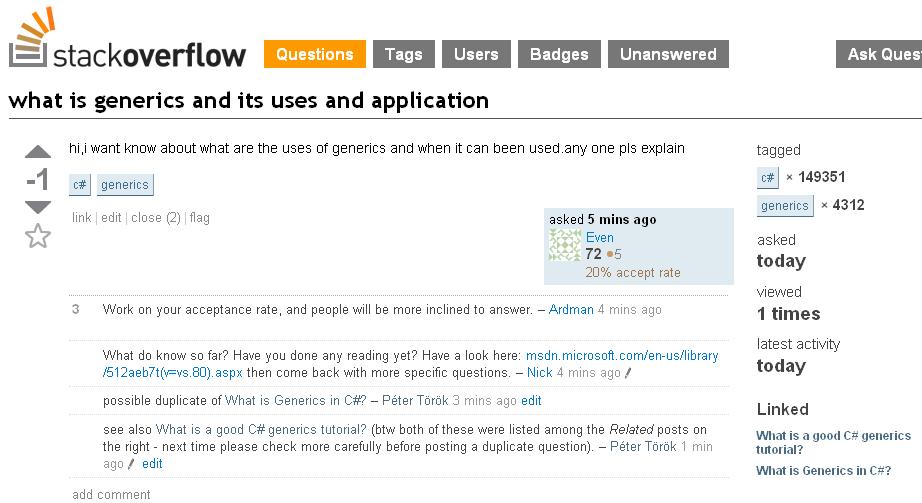 Obviously the view count shown is out of date. A minor issue, but I thought it worth reporting, as I haven't found any prior similar posts.

This isn't actually related to the proposed duplicate, it's a separate (recent) caching mechanism. Starting a few weeks ago, we cache the view count for 5 minutes at a time (this may vary later, but it's the same on SO as other sites, for now).

View Count is an incredibly expensive thing for SO in particular given it's traffic numbers, we have to keep several things in mind, it has to be:

To do this in a reasonable way, a few things happen here that cache at different levels:

Now immediately you think "well that's way more than 5 minutes"...that's not the case for SO. That per-server buffer isn't that large (300 at the moment for SO, 30 for other sites), it flushes in under a minute...much faster at peak traffic times.

All this means the effective delay in view count is about 5 minutes - that's why you'll see some strange numbers on a brand new question.

In the example above, given the time in the screenshot, a refresh over the next minute should update the view count (now at 50), since the question was asked at off-peak hours and that's the maximum time for that per-server buffer to do it's work.

Not the answer you're looking for? Browse other questions tagged bug status-bydesign stack-overflow views .

12
Views indicator inaccurate, shows one views on question with two close votes
2
Why I get -1 immediately after asking?
1
Reason for difference between post view counts
76
Dissecting the Stack Overflow views counter
7
Views and upvotes mismatch on meta question
3
Are SO total Post ViewCounts really declining?
2
How does Stack Exchange find the number of unique views of a page?