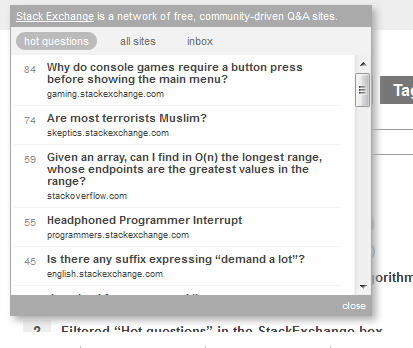 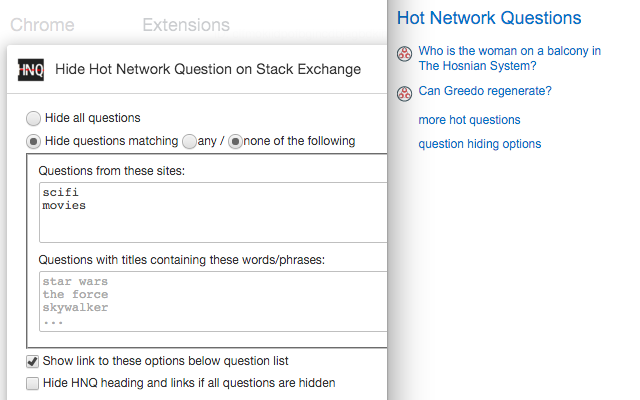 50
Hot Questions, inability to filter sites... and now German questions? Too much "noise"!
337
Don't remove the @ part of my comment
280
The title word filter is one of the worst ideas ever implemented on SO
555
How to avoid "Hot Network Questions" on the sidebar
118
At smaller sites, penalize hot questions having 3-4 close votes
156
Prevent questions on the Hot List from being upvoted by casual visitors (only rep is from association bonus)
44
Increase the Hot Network Questions randomness (proposal for testing)
383
Updating the Hot Network Questions List - now with a bit more network and a little less "hotness"!
365
Let's take a look at the interaction between staff and the "power users" of the network