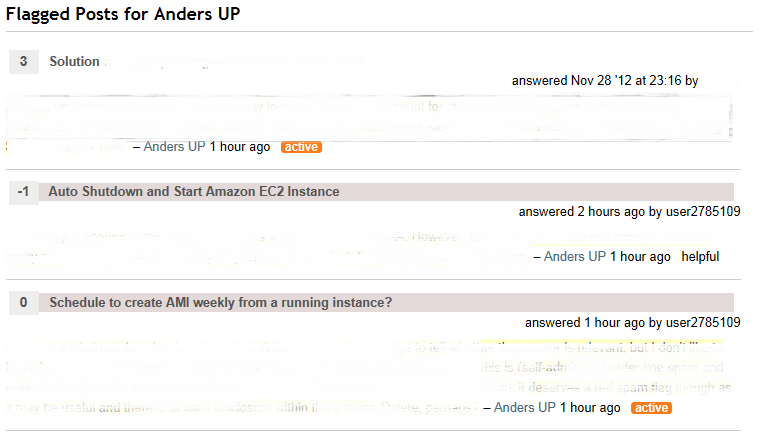 153
Can we have a way to undo a flag?
82
Flag removal: Is it possible to remove your flag or otherwise indicate it should be unflagged?
57
Should there be an option to revoke not yet reviewed flags?
20
Please revisit the decision not to let people remove moderator flags
9
How to unflag a comment when it was flagged by mistake?
4
What to do if I wrongly flag an answer
4
Updating information for flagging a question
4
I accidentally marked the wrong question as a duplicate. How can I replace it with the correct duplicate?
4
Why is there no way to cancel a "flag" request?
3
How can I recall or take-back a flag?
See more linked questions