This is an offshoot of the Community Promotion Contest underway on on Gaming.

I am putting together a series of contests to help promote and enliven Stack Exchange communities.

Communities would be able to pick a contest appropriate to their site and run with it. These "recipes" would provide a step-by-step process to launch these contest, without all the guesswork and flailing about needed to crowd-source these ideas.

We have the resources to provide funds, prizes, promotions, materials, or any database/programming support you might need, so don't worry about costs or logistics at this stage; That's our problem.

Submit your ideas below.

We're looking for bits of ideas or fully-formed concepts for contest that could be used to promote Stack Exchange sites. A few simple examples:

This is a brainstorming activity. I made this wiki, so feel free to jump in and work off each other's ideas.

Below are some guidelines to keep in mind about the goals of this project:

When we were discussing options on how Super User could approach the community promotions, our first idea was to do something similar to the Super User contest. The contest got a lot of users very enthusiastic and generated quite a surge in activity.

However, there was also a negative downside, because of the highest reputation produced in that week in some cases resulted in 'negative activity'. Users would simply post any answer, see if it stuck and else deleted it again. Clearly not the kind of activity we strive for.

So instead we'd wanted to set up something more along the lines like the DropQuest, where Dropbox users could gain additional space in exchange for performing certain tasks. 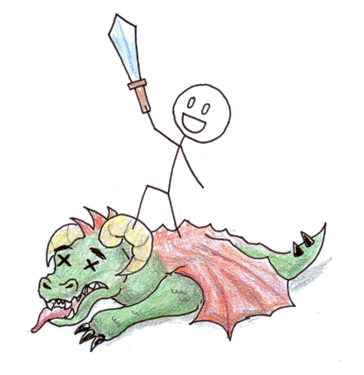 Off course, we wanted the challenge to contribute to the site in a good way, so no solving superuser-sudoku's! So the idea was to set up challenges that required them to use features like:

Basically, make users more familiar with our privileges in a competitive way. There may not be any rep to be gained, but heck, you can win a monitor! But our problem was: how do we track if they get done and more importantly how to measure the quality of these actions, since we don't want trivial actions?

As you can see, the kind of behavior we want to encourage is pretty hard to force into a contest format. So instead, we thought about letting users earn 'credits' for these actions (again still not knowing how to measure) and let them spent these in a webstore (thanks for making store.stackexchange.com!). Users would have to perform quite a lot of these tasks to get anything worthwhile, like stickers or a t-shirt, but it wouldn't be so outrageous that it's not achievable. Basically, it would be like WoW only the grinding isn't done by gathering rep, but by performing useful chores.

However, while we still wanted to do our contest, we decided to start a blog first. While we couldn't directly reward users with materialistic stuff, getting your question picked as the Question of the Week still means you were the best piece of content out of a 1000 others! That should stand for something, right?

Soon Kronos managed to get a bunch of SSDs from Kingston and that's when things started to get exciting. Because even better than having to buy prizes, we could get them for 'free' or we could sponsor users to blog about something that interests the users (and reward that blogger in the process).

To me, I think the blog has so many more advantages than holding a contest. Because a blog post is the best way to write up a canonical answer that sums up all the separate answers or can serve as a starting point towards asking better questions. Or if users "don't know what debugging is" it would be best to have a blog post to help them post better questions!

In the few months that we've had a blog on Super User we have:

So to me, a per-site blog (or a network wide one!) allows us to talk about hot topics, write canonical answers, post video's, hold small contests. They are useful to a lot of users and can be applied to every site, given that it's big enough to sustain itself (hence a network wide one, like blog.StackExchange.com). The only downside is that its not crowd source-able 'yet', unless the team sets out to replace WordPress like they did with IRC...

Contests are great, but blog posts are even better.

For a site like Seasoned Advice, provide copies of a book on cutting edge techniques like Modernist Cuisine to some of the top users (and at the price tag of Modernist Cuisine it won't be many). You could also pick a more topic-specific book such as Under Pressure. Ideally some of the needed tools would go with the book.

How would you pick the top users? I can think of two ways to start. 1. Pick users who are active but not in the tags related to what you're giving away (so if it's Under Pressure the user can't have anything in [sous-vide]), so they will be expanding their repetoire. 2. Pick users most active in the relevant tag to hopefully expand their knowledge.

Ideally provide a part of the user profile for those users that shows them quesions and answers deemed to be related to their winning of the book.

For a site like Writers I think we most need to garner more experts on the site. A contest where you bring in an expert (defined for writers as someone employed in the industry or published by a publisher, perhaps) would be very helpful. Getting an expert to answer one of your questions or ask one of their own. We'd want a way to link people who sign up to "expert" status and then to link them to the person who referred them. There should be incentive for if those experts stay around.

Just as a reminder the original Super User contest had four awards:

While I certainly think this can be expanded on and improved, I'm not sure I entirely agree with Ivo that "most reputation by new user / any user in this week" is a bad contest criteria:

because of the highest reputation produced in that week in some cases resulted in 'negative activity'. Users would simply post any answer, see if it stuck and else deleted it again. Clearly not the kind of activity we strive for

Based on the 4 weeks of the contest, there was one user who was clearly gaming the contest. But the rest of the winners were quite legitimate and quite a few of them turned into avid SU community members. Judge for yourself:

So based on 1 out of 16 data points, I think it'd be a very bad idea to discard 15 excellent results.

(Also, even at worst, the user who gamed the contest did produce reasonable posts during the contest -- and didn't disappear completely. So the 1/16 bad result isn't that bad.)

How about a "bad question" contest in the spirit of the Bulwer–Lytton Fiction Contest? That is, a contest to produce questions which are not obviously bad by virtue of outright errors or vacuousness, but which instead contain subtle problems which help to inform the concept of what a good question actually is?

Questions could be submitted under the categories of different frequently-used tags, thereby providing a compendium of "bad questions" that helps to inform the site's ongoing evolution in a similar way to off-topic questions in Area 51.

Either the judges or the community could provide, instead of traditional answers, a careful explanation of why the question is actually a bad question (this activity could be contest-worthy as well, providing a second angle to the competition). Later, people who ask questions with similarly subtle problems could be referred to these canonical examples for a full explanation of why exactly their question is bad--helping them to learn more about how SE sites work and potentially improve their question at the same time.

One reason I would like to see a contest like this is that it puts experts in the question-writing chair, allowing them to expand their role into a different region than they usually inhabit. Such opportunities often produce valuable content.

For those not familiar with the Bulwer-Lytton Fiction Contest, some winning examples are listed here.

Not the answer you're looking for? Browse other questions tagged discussion site-promotion .

878
Why aren't people voting for questions?
1759
Could we please be a bit nicer to new users?
525
The MIT License – Clarity on Using Code on Stack Overflow and Stack Exchange
2756
A Terms of Service update restricting companies that scrape your profile information without your permission
822
Net Neutrality and Stack Overflow / Stack Exchange
2285
Firing mods and forced relicensing: is Stack Exchange still interested in cooperating with the community?
690
Dear Stack Exchange: a statement and a letter from your moderators
1902
Stack Overflow is doing me ongoing harm; it's time to fix it!
469
To reach out: on Monica, the Lavender community, and the future of the Stack Exchange network