Who do you want to hear on the Stack Exchange Podcast?

As everyone is (hopefully) aware, we're now several episodes into the re-launch of the Stack Exchange Podcast. We're also focusing on having more guests on the show to keep things interesting, so we need your help!

Let us know who you want to hear on the podcast — as usual, please give only one suggestion per answer and vote on your favorites so we can see who the most popular is.

People who have been guests on the podcast after being suggested here:

It would be nice to get a roundtable with Robert, Rebecca, Dori, and Shog9 (or some subset), and hear their thoughts on community growth and management.

I think it'd be great if periodically, we invite moderators and power users of our Stack Exchange community sites on the show. I'm very interested in hearing their POV of our sites: what they love about our network, and what we can improve based on their critiques. From my experience working with some of the communities on their designs, I find that every site is different and has a unique subculture.

So far I feel our podcast is still very "tech/programmer heavy." It'd be great if we reach out to a more diverse crowd. My wife would love to listen to a podcast about cooking and sci-fi.

Steve Yegge; the podcasts with him were great. Also, it would be nice to sit down with people that work on some of the open-source stuff that Stack Overflow uses (although not limited to them); it would be a nice way of promoting their projects.

He is the Photo SE rep leader, his answers are always incredibly insightful. I think it would be interesting to hear a few "Civilians" (in Joel's words) talk about how they got started and hooked on SE. What are we doing well? What could we be doing better?

Kevin Montrose - our API developer. It would be nice to hear what he's up to and how version 2.0 of the API is coming :)

Maybe it's just me, but as a programmer the thought of losing my sight freaks me out completely, so it's awe inspiring to learn that blind people can code.

It would be interesting to hear his take on usability too.

Would Grace Note be willing?

A roundtable with the CHAOS team. 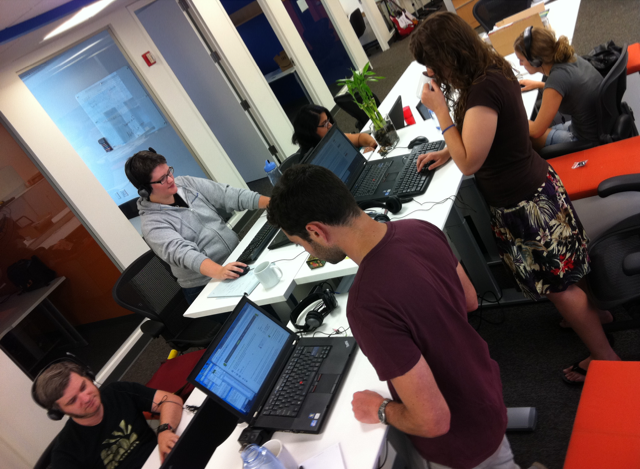 I would like to hear users talk about their experience with Stack Overflow, what they've gained from it. Joel did say that the gamification is a waste without a "higher purpose". Let's hear how Stack Exchange is doing from users firsthand.

(Perhaps a short slot could be a 20k privilege or something?)

Jack Ganssle to talk about embedded software development for us firmware guys. You spend plenty of time on web development, this could provide some balance. And be challenging to Jeff for his lack of C knowledge, always amusing!

Raymond Chen of The Old New Thing recently joined and has become pretty active. I would enjoy hearing his thoughts on StackOverflow.

As talking to software engineers goes, you can't get much more impressive than the guy who lead the Windows NT development team initially, then worked on porting NT to the AMD64 architecture. It would be interesting to hear from him on two counts:

Jeff has blogged about Mr Cutler before and notes "Cutler keeps an incredibly low profile today, which is strange for an architect of his stature". So he may not wish to appear, in which case fair enough, but if there is any possibility he might be willing to appear on the podcast he'd be a great guest I reckon.

Anyway, Jeff and Joel can make anything happen, right?

I would interested in hearing from a top user of one the non-English language sites that have been opened.