How was this answer posted after this question was closed?

Question: lot of .exe folders are created on my windows7

The question was closed at 11:57:57 (according to the hover-over-"x-mins-ago" bar) and the answer was posted at 12:16:35. It's a fairly lengthy answer, so it's possible that it was started to be written before it was closed but I swear I've started to answer a question then I got a banner along the top saying "this question has been closed" and the answer was no longer post-able.

If a question is closed while you're answering on the full version of the site, you will receive a notification that the question was closed and the 'Post Your Answer' button will be disabled. However, this is only a client-side restriction, so it is possible in some cases that this process fails.

When it does, the backend allows for a grace period of around four hours (previously there was no time limit). Presumably the client-side restriction did fail in this case, and since the answer was "in-flight", as Jeff describes it, the server accepted it despite the question already having been closed.

For users answering from a mobile device, there's no client-side restriction in place to begin with, so this situation is presumably even easier to create when using the mobile version of the site.

As a side note, this apparently even works for questions closed due to migration. (Editor's note: This was fixed sometime in 2012.)

When a question is closed, the server still accepts answers for 4 hours. So if you can submit an answer to the question within this 4 hours, your answer gets legitimately accepted by the server.

If you want to force-submit an answer after a question is closed (within 4h), you can do this: 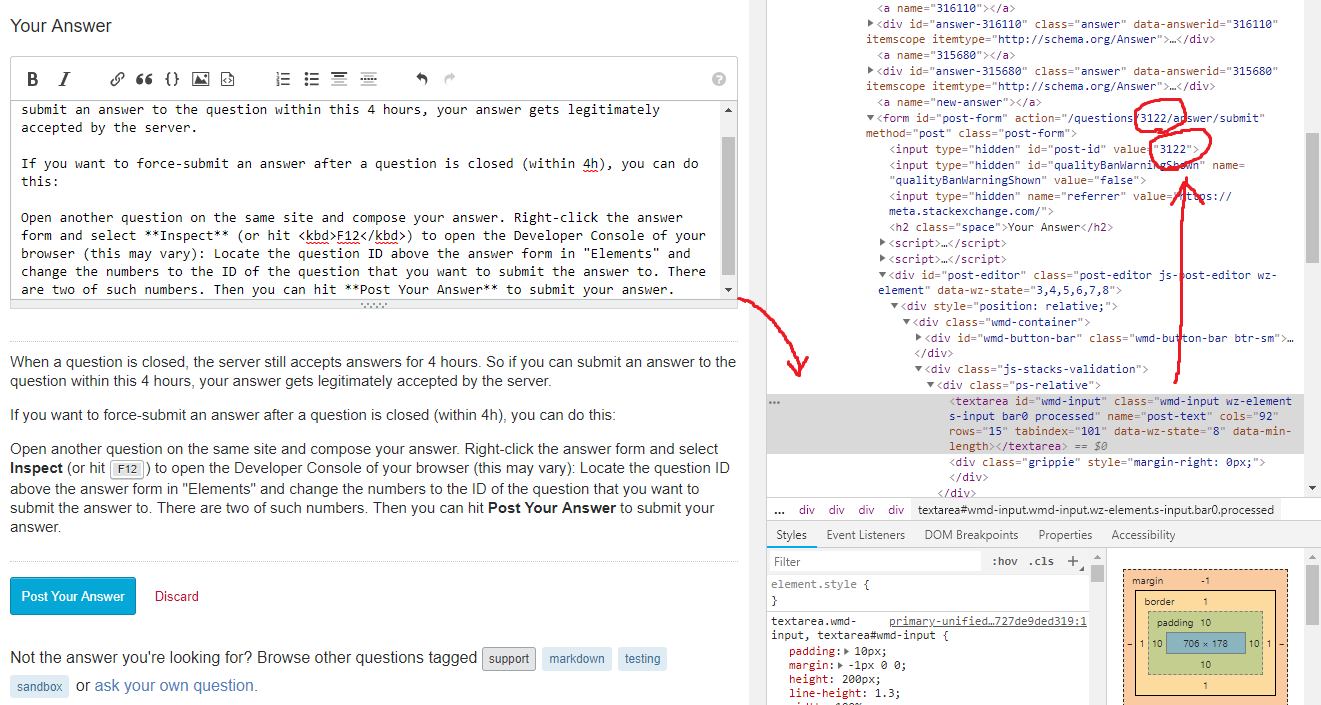 You will also be redirected to the target question after the automatic refresh after submitting your answer.

Not the answer you're looking for? Browse other questions tagged bug status-bydesign answers closed-questions .