Should frequently used tags (i.e. used to tag about half of all questions) be added to Frequented Tags?

Before I added a dummy tag to Ignored Tags on https://sharepoint.stackexchange.com/, I could (or rather was forced to) see the Frequented Tags section. It contained a single tag - 'sharepoint-2010'. Since this is a site about SharePoint, almost all the questions were highlighted and that contradicts the idea of highlighting selected, most valuable/interesting questions.

In my opinion it is a bug. Tags with such a broad scope should not be added to Frequented Tags. 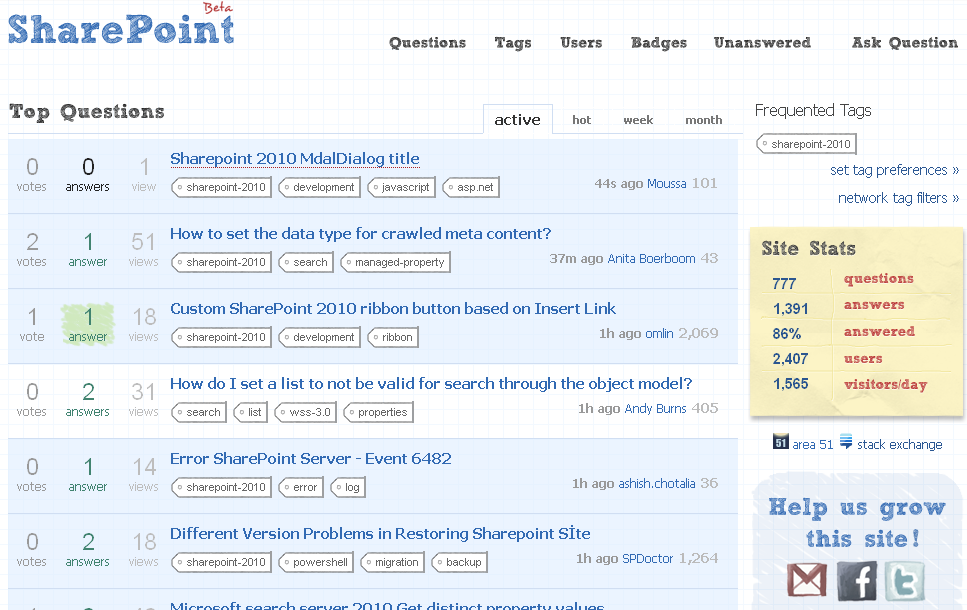 Having a tag that covers more than half of the questions seems disproportionate. Is this tag really relevant? Are all the questions tagged sharepoint-2010 really specific to that version?

Let's look at the top tags on a few sites:

I haven't looked at the content of Drupal and SharePoint, but from these figures I suspect that WordPress and Ubuntu are doing this right and Drupal and SharePoint are doing it wrong. I included English in this list because I think they've done a good job of getting useful tags with a difficult subject matter. I included Unix partly because I know it well, and partly to show that even though something like 95% of the questions are from people running Linux¹, most of these questions don't have the linux tag because it's not relevant to the question.

Enforcing that a version or variant tag is only used when it matters takes some work (I know I retag a lot on Unix), but it's worthwhile to be able to search version-specific questions if you find you have a version-specific issue (it worked under 2007, no longer does under 2010, so I want to search 2010-specific answers only), or to ignore versions you don't care about.

Concluding with something that directly addresses your question: on Unix, where I have no favorite tags and view almost every question, no question is highlighted.

¹ That was an off-the-cuff estimate, but the questions tagged with unix variants other than Linux do seem to add up to around 5%.

Actually, as others have said, this implies a deep problem with the tagging scheme on your site.

We generally strongly discourage version tags unless the question you are asking is irrevocably and perfectly linked to a specific version of software, and cannot possibly ever be relevant to any other version of the software for the rest of recorded human history.

So unless sharepoint 2010 is completely and radically different than sharepoint 2007 -- I'm talking about a change so radical that it went from Windows to Linux -- it is unlikely you need this many questions tagged sharepoint 2010.

-1
Questions tagged with interesting tags are too orange on StackOverflow

13
When viewing questions in tag marked as "interesting", they shouldn't be all marked interesting
311
Should questions include "tags" in their titles?
108
A proposal for tag hierarchy on Stack Exchange sites
3
Questions I've asked should be (optionally) highlighted as interesting even if none of the tags are interesting
28
Implicit tagging hierarchy
3
Interesting tag highlighting appears random on OR queries
2
How can I have additional favorite tags suggested?
16
Should this site have a tag for "default tags"?