(psst the religious analogy is for fun; I don't actually think we should baptize Stack Overflow)

In the interests of improving questions and question askers, I propose giving moderators the ability to place users in Purgatory.

Purgatory is a place where users who have sinned, but not too badly, are placed so that they may make penance and redeem themselves. Sinners are users who submit questions that are not bad enough to close, but need work to bring them up to a level where they are acceptable.

A Moderator, seeing a user who could use a bit of repentance, would indicate on a question that the user should be placed in Purgatory for asking a poor question. The Mod would be asked to provide an explanation as to why (see use case below). The user is then placed in Purgatory and would be required to submit edits on the question in order to gain release. Extreme unction would not be provided; users would have to flag to request that.

Users in Purgatory submit edits to improve their questions, and moderators would be able to see a list of submitted improvements, such as the current method for low-rep users submitting proposed edits. If their edit is accepted, they are released from Purgatory. If not, they remain until their edits are accepted. Mods would be able to provide further feedback when rejecting an edit.

Purgatory is not for questions that are off topic or are "not a real question" (e.g., please write my program for me). Purgatory is to force new users to learn how to ask a decent question by forcing them to fix their crappy ones.

Moderator OmgWtfLol places user102867423423 in Purgatory with the following notice:

Please remove the "Hello" and "Thanks" from your question. Also, taglines are not acceptable here, please remove it. Your code must be formatted properly.

Moderator OmgWtfLol rejects the edit with the following notice:

Can you format your code so that the line lengths do not exceed the maximum allowed length and cause the horizontal scrollbar to show? You are more likely to get answers if users don't have to scroll to see your code. Thanks!

After this point, user102867423423 submits an acceptable edit, a moderator marks the edit as accepted, the question appears on the site and the user is released from Purgatory. For now...

Here's the use case from the Mod perspective:

This takes no more time, if not less, than current actions. Currently, the mod performs all these steps, except they close the question as not real. Or, the mod may open the question in a new window to edit it. So, currently, no more work has been added to the moderator.

When the user has edited the question, it can either enter the current Pending Edits queue or another version of this queue that moderators only can view.

Purgatory queue (mods only) use case:

Again, this is no more work than trolling the current edit queue. If pending Purgatory edits go into the current pending edits queue, this wouldn't be necessary at all.

Believe me, adding more work to mods is never my desire. I'm lazy. I believe this process will not only not cost more effort for mods, but may reduce work in future, will make the site easier on noobs, and increase the overall quality of questions. 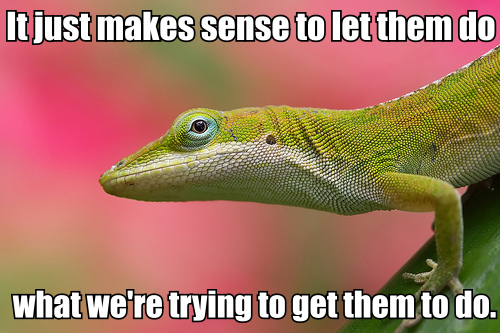 Seems like a lot of additional work for moderators to "redeem" a few souls that might be worth saving.

I suppose my question is - Are there enough users who appear to be the kind of people we really want on the site who also appear to be easy to reform to make this worthwhile?

Already the moderators are under a huge workload, and while the idea of trying to formalize the process of repentance (ie, taking someone from the "we are no longer accepting questions from this acocunt" bin and guiding them to the regular user bin) sounds good, I think the extra work involved is liable to be wasted.

Remember, they've already posted bad questions after being presented with a full page of "This is how you write a question" information, and they've not only posted one bad question, but multiple bad questions. People generally have worked with them to improve, or they've seen their questions closed, usually with some comments that should help them.

Far be it from me to say, "Let's ignore the lost sheep" but if the sheep continues to wander away after having been brought back several times, it has made its choice. Do we need to convene a full-on intervention with the sheep to make sure that it's really heard the message we've sent it several times already?

I suspect that after they edit the question to acceptable standards, they will post another bad one. They will assume that this purgatory is simply part of the process they will now have to go through in order to get an answer to their question.

Keep in mind that they don't care about the website or the community, except as far as they will get help with their problem.

We already stop users from asking questions after they've posted too many bad ones. In theory, they could improve their existing questions, collect up-votes, and then resume asking...

...in practice, folks who ask lousy questions generally continue asking lousy questions, lousily. If you really want to run an adult education course for question-blocked SO users, go ahead... but I don't think it will bring you joy.

Users often post questions in need of editing (for formatting, clarification, spelling, whatever) but fail to edit them, opting instead to simply ask a new question when their first doesn't produce results.

Moderators should be able to respond to low-quality flags by blocking users from asking another question until their current one is edited acceptably.

This is an interesting idea. I think you're over-thinking it, but, eh... Catholics do love their pageantry!

I like the concept. But the devil is in the details...

Our existing question-block works at the IP level - you can't easily get around it by simply clearing your cookies. But if this was given that same power, you'd end up with folks blocked from asking by a co-worker posting one lousy question and then disappearing.

186
Every "close" has its thorn: replace "close" with "on hold" for the first five days
101
I propose changing the term "closed" out for... something else
278
What can I do when getting "We are no longer accepting questions/answers from this account"?
80
"We're no longer accepting" message should not be hosted on meta
30
How can we stop help vampires?
54
Stack Overflow has taken up religion!
4
How much chance/warning should newbie first questions be given before closing as 'not a real question'?
2
Would a grace period or a sandbox mode help introduce new users?
18
Fine grained suspension
8
Users post really bad questions: Close or just comment?
See more linked questions

993
Show all of my question/answers to me even if they are deleted
321
Should I be discouraged by Stack Overflow?
603
Exit strategies for "chameleon questions"
109
How can I cancel an edit I made on another user's question or answer?
419
Decision on rejected edits should be displayed as a notification to the editor
359
Reject an already-approved suggested edit when rolling it back
394
The robo-approvers are killing my will to review edits
308
Moderators should be able to manually ban users from suggesting edits
293
Why we don't keep public records of suspensions
283
An open letter on the state of curation and moderation