How did this get tweeted?

I thought the Twitter bots were only supposed to tweet "interesting" questions. This one has a down-vote, (probably worth noting the down-vote happened after the tweet) two close-votes, very low up-front quality, and has been flagged at least once. It's essentially spam, and has also been duplicated by this anonymous user on Unix, Web Applications and Server Fault, as well as in an answer to another thread on Security. 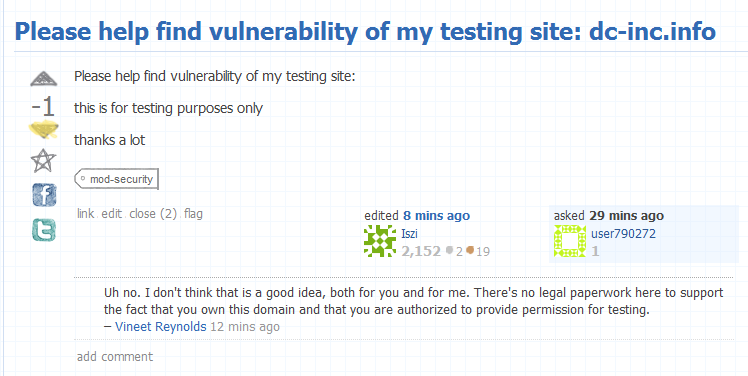 This is not at all an "interesting" question, except that it is one to which moderators should be quickly alerted. It is definitely not an example of one that we would like to see posted by a Stack Exchange Twitter account.

So, what is the threshold and how did this one trigger it?

This was a bad outlier in our "hot" algorithm of things to tweet due to views in a short time period. To fix this in the future, we've added an additional check:

Not the answer you're looking for? Browse other questions tagged bug status-completed spam-detection twitter .

534
How about a “Vote not to close” option to counter the “Vote to close”?
63
Can we raise the awareness that question downvotes are now free?
44
How did someone get “Publicist” with 27 views?
46
How did this curious undownvote pattern come about?
183
Every “close” has its thorn: replace “close” with “on hold” for the first five days
518
How to avoid “Hot Network Questions” on the sidebar
103
Age close votes after 14 days, regardless of views, allowing recasting
5
Where did my newly posted question go?