I thought the global reputation graph should include those sites on which I have at least 200 rep but I haven't found an authoritative source for that, and that's not what I'm experiencing now.

At of the end of July 22nd my reputation on Apple.SO and Programmers.SO was over 200, higher than my score on Super User. It's been over a week and the graph still doesn't include them, even though the scores listed for the sites it does include have been kept up-to-date.

I thought this was a misunderstanding or bug just with the reputation graph. I just realized that the other sites are also missing from my global flair image, so I guess the bug is a bit more general than that. 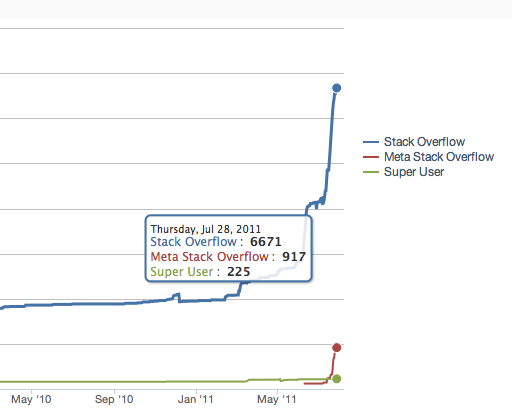 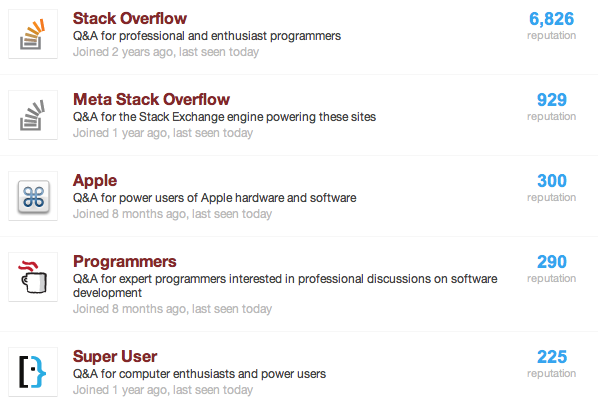 Has anyone else passed 200 reputation and had the site show up for them within the last week? If so, the issue might be specific to my account, and I might poke someone to have them take a look at it.

Your reputation graph is fixed now, and your network flair will look fixed as well in a day or so (it's cached for 24 hours).

The bug that affected your Programmers and Apple accounts also affected ~50 other accounts that crossed the 200-rep threshold on July 22. On that day, a glitch in one of our scheduled tasks caused duplicate user records to be inserted into the stackexchange.com database. The incomplete reputation graphs and network flair were a result of our code failing to handle the duplicates.

Stupid question, but... did you by accident or otherwise click on the chart legend and disable some of your graphs?

As you can see in the screenshot below for my reputation chart, I have Stack Overflow line disabled, so only the top 4 sites now show up in the chart: 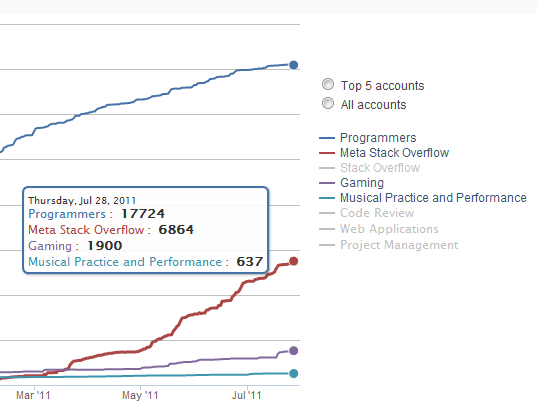 Not the answer you're looking for? Browse other questions tagged bug status-completed reputation reputation-graph network-profile .

2
Reputation graph not showing up to current date?
144
Full list of Moderators
303
The future of meta.stackoverflow and meta.stackexchange
18
Why one user's network profile reputation graph isn't loaded?