Some parts of this answer are taken from the 2009 Stack Overflow blog post Comments: Now with Flags and Votes. Note that flagging has changed considerably since that blog post.

You need 15 reputation to upvote comments. 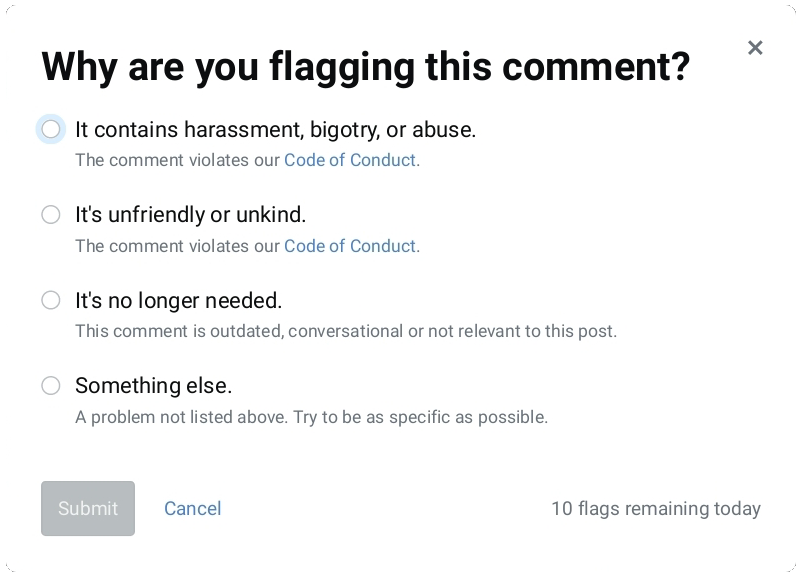 You must specify a reason for each comment flag. The dialog offers a few pre-filled reasons that cover most common cases:

See also When should comments be deleted?.