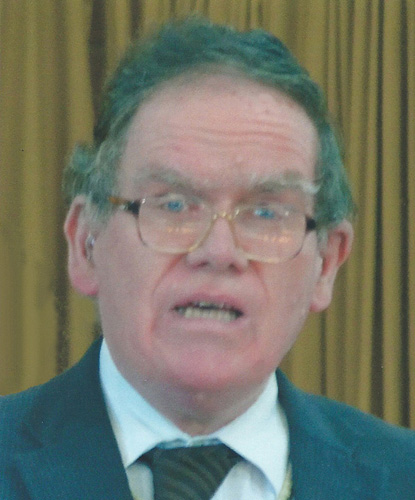 In August 2014 I finally got around to picking up the baton, so to say, of the family history work done in the mid to late 1980s by my late father.

I have now built up a tree of over 10,000 people and it grows steadily, as I do more research.

After 4½ years of 'consolidation' work, I decided in late 2018m that it was now time to turn to beginning an attempt to complete my father's work (i.e. proposed publication) on the Johnson extended family, or put another way the Johnson and related families.

I am supported in this project by Michael Archer, one of my third cousins, who lives in Norfolk, England.

Basically, put as succinctly as I can, but also, I know, rather clumsily, the proposed work is to be an attempt to record all the descendants of the marriage of Samuel Johnson and Anne Lawler, who married at St. Andrew's, Dublin, Ireland on the 24th of February 1696, plus the ancestors and descendants thereof of all (or at least a reasonable subset) of the spouses of those descendants of the said Samuel and Anne. I chose Samuel and Anne as it is as far back as my father’s research reached: based on further research I might include their parents and contemporaries but I think going back much further than a birth date of circa 1630 would just make the project too big; it is quite huge as it is already. Both Michael and I are 5 greats grandchildren of Samuel and Anne.

The posited title, for the proposed publication (probably to be a multi-volume work), is: -

My family history research is 'managed' by a large collection of interlocking spreadsheets; I have, accordingly, become a fairly good Intermediate level user of Excel VBA, through doing this and other hobby activities of mine.