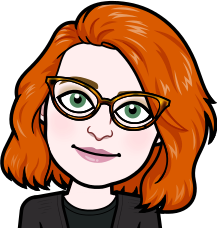 Pronouns: She/Her/Hers (but I don't mind they/them -- don't stress out!)

I approve of using indicated pronouns; I disapprove of SE (1) firing a Jewish Moderator right before high holidays with no notice and (2) slandering her as a bigot in newspapers.

I just am trying to make it easier to document our organization-specific applications for JAWS users (a screen-reader), MAGic users (a screen magnifier), and Dragon Command Users (often mobility impaired users). Most of our end-users are keyboard-only.

We're normally stuck in Microsoft Office, but we are expanding to some DAISY Digital Audio Book format (See http://www.daisy.org/z3986/structure/SG-DAISY3/part2-major.html)

My goal is to simplify the documentation process by improving our templates, creating macros, and automating anything possible!

(Oh, and I'm a HUGE fan of Wildbow's Worm/Ward webserials , but none of my friends in real life are into it. The "We've Got Ward" podcast helps, though. )

I'm working on my "podcast empire" -- as of today (May 7, 2019), things are still being migrated & set up, but 2 major portions coming into being are 1) Alphabetical April (5 minute writing snippets) and 2) Pact (by wildbow) Liveread and Audiobook. The Liveread is Tuesdays/Thursdays, 8PM EDST on http://mixlr.com/write-o-rama (archived on the showreel on Mixlr, but also distributed (soon) as a regular podcast. The Edited Audiobook will be a few weeks delayed behind that, but also a podcast.

Update as of Oct 1 -- Depression strikes again -- no updates, only one episode of ABC April is out. Sorry.
Update Oct 24: And apparently I lost my URL -- depression = missing renewal deadlines. sigh.

All Questions Answers
Votes Newest
96 Why is SE removing links and community ads about a legal fund campaign? Nov 14 '19
57 Please Join Us in Welcoming Our New Meta Stack Exchange Moderators! Sep 30 '19
47 Checking in with “*Monica*” users Jan 2
20 The Great Meta Tire Fire of 2019: is anybody keeping receipts? Nov 15 '19
16 Stack Overflow is doing me ongoing harm; it's time to fix it! Oct 25 '19
16 Firing mods and forced relicensing: is Stack Exchange still interested in cooperating with the community? Jan 27
16 SE fires mods, updates terms and invites to apply for reinstatement Dec 23 '19
8 This star on the Warm Welcome hat looks like a communist symbol Dec 17 '19
8 I am sorry. Please, accept my apology Jan 16
7 Would it be possible to add a “Hey Guys” warning filter/block to question and answer posting on some Stack Exchange sites? Jan 2
View all questions and answers →