I just spent an hour collaborating with a user (never before encountered, in a different country) who helped with four different jsFiddles and several code examples while helping me resolve my problem.

There was no bounty on the question, this was just someone with great magnanimity of spirit.

Is there any way to request special recognition for such a user? (thecodeparadox)

If not, I would like to suggest an "after the fact" bounty. As with anything else, it would require a basic number of rules so it cannot be abused.

The greatest potential abuse that immediately leaps to mind is that answer givers could extort such a bounty. That is, demand a certain level of bounty before answering a question. As an immediate response to this objection, perhaps a concealed checkbox the donating user must mark, which is never reported to the recipient, can ask if such a thing has happened and moderator justice can ensue?

Anyway, I'd sure like to give this fellow ALL my meager rep on SO for his stellar assistance.

You can use the bounty system to award "after the fact" bounties; just select "Reward existing answer" when creating one: 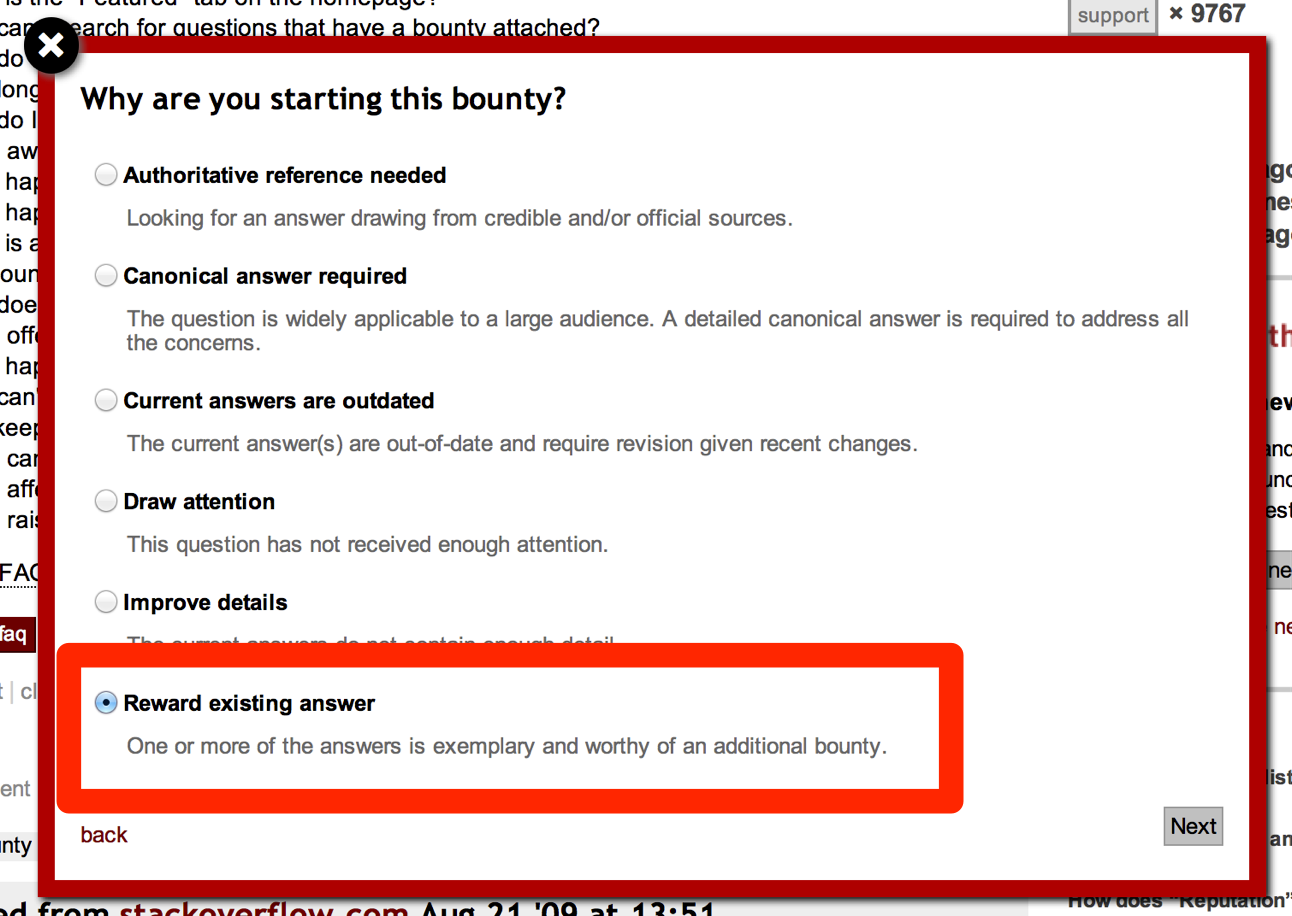 It's subject to all the terms and conditions regular bounties have.

184
Badge suggestion: Unsung Hero (5 accepted answers with no votes)
15
Special recognition for specialist badges?
74
Remove the 25% requirement from the “Unsung Hero” gold badge
21
Tweak the definition of Unsung Hero and Tenacious Badges
49
Eeek, the super-mega-expando search box is annoying, part 2
15
The Unsung Hero and Tenacious badges should be reworded
7
Duplicate-closing should be harder on meta to encourage the evolution of discussion and opinion
101
Let's break up with “Graduation” and remove a bunch of “Beta” labels