Edits to preserve author code formatting rolled back. Why?

I have found various questions or answers where the author formatted a code examples or console output using a four-space prefix, but this does not render with indentation. Times where this was noticed, and edit to enclose the code in <pre></pre> were accepted. Recently, however, such an edit was rolled back by someone other than the author with no explanation given.

Is there a policy or best practice regarding edits that simply improve readability in this way?

Pre versus four space indentation is probably germane. I don't see any formatting with four-space prefices though. I wonder if there is a browser issue.

My results are the same for a Firefox 15.0.1 installation that corporate-supplied for use when I must use something other than IE7 for business reasons. Again, there is no formatting on the four-space indented line. 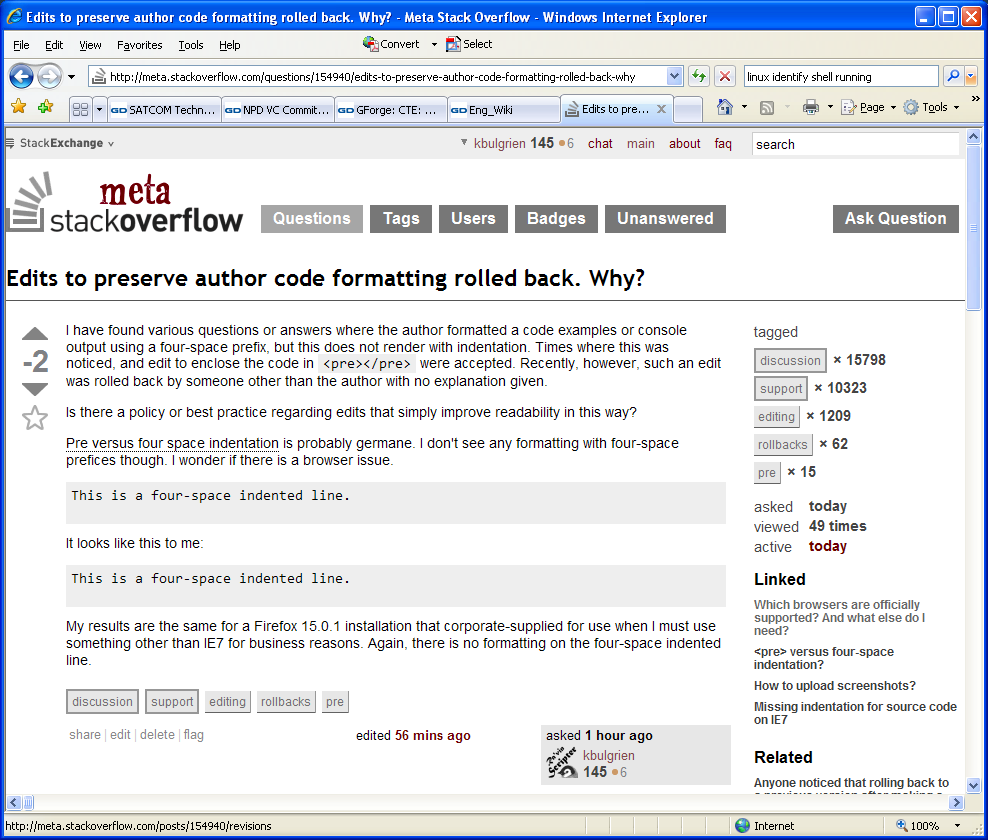 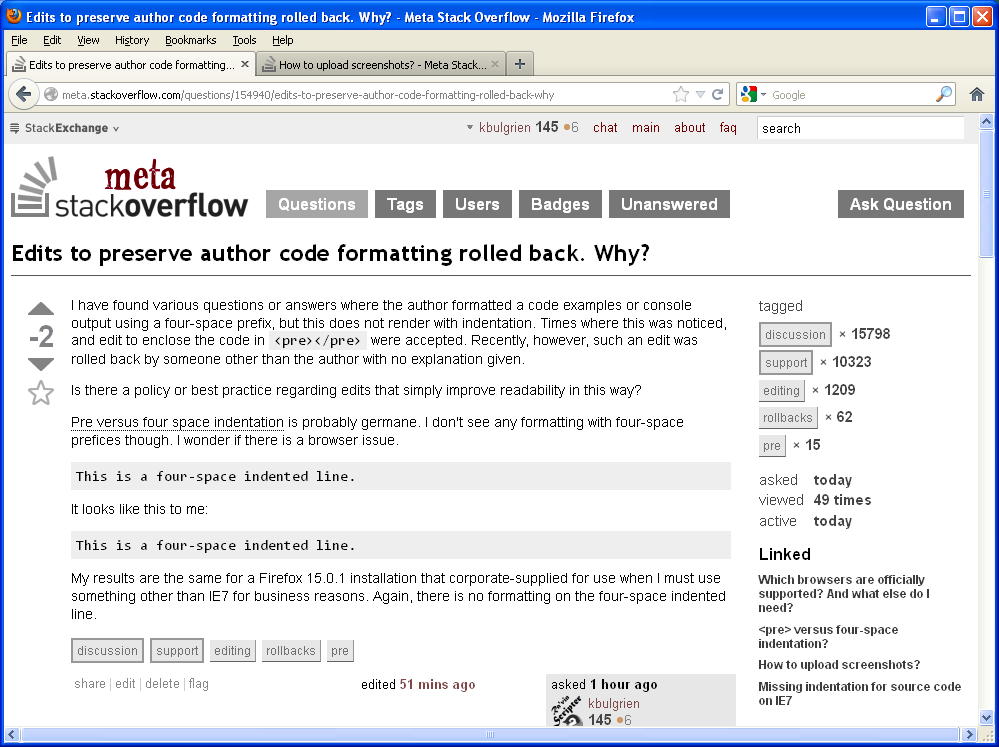 Since you seem to be using Internet Explorer 7, which is explicitly unsupported, the problem is most likely related to the one described in this question.

What that means is that you see a problem with indentation, where there is none for the rest of us with decent browsers. :p The standard markdown formatting works just fine for all of us, preserving the indentation as desired.

Your "fix" therefore is unnecessary to the rest of us and rejected. (And the use of HTML tags can possibly break syntax highlighting or worse). The best advice is to switch to a proper browser, but if that's not possible (due to corporate restrictions) you best not try to fix code in posts for the moment.

As for the other issues you perceive: 4 space indentation of your text is the Markdown equivalent of creating a code block. If you want to have your code indented 4 spaces, you will have to add 8 spaces in front of it in the raw Markdown sources. So what you're seeing in FireFox is expected behavior. Nothing strange or unexpected there.

Please check out the Markdown Editing Help for further information.

Not the answer you're looking for? Browse other questions tagged discussion support edits rollbacks pre .

212
Which browsers are officially supported, and what else do I need?
5
<pre> versus four-space indentation?
6
How to upload screenshots?
2
Missing indentation for source code on IE7

46
pure code formatting, to enhance a question, is impossible (without 2k rep)
21
Code formatting with Stack Overflow, Programmers and Code Review
2433
Firing mods and forced relicensing: is Stack Exchange still interested in cooperating with the community?
578
We're switching to CommonMark