At the bottom of unanswered questions:

This is a real full sentence, so should those names be capitalised properly like this?

For example in this question: 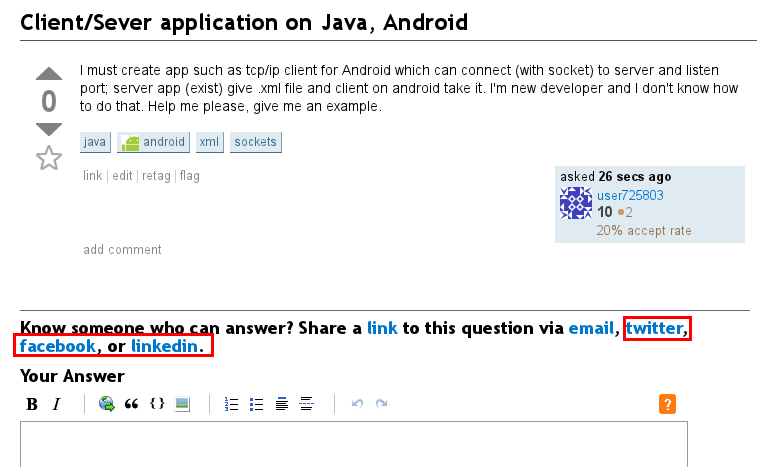 If I was editing a question I would capitalize them properly (though I wouldn't edit a question just for that).

We should have the same standards for our messages as we would for our edits.

Go to those web sites. LinkedIn'sTM is Linkedin. Twitter is twitter. Facebook is facebook. While the common capitalizations make sense, it is hard to say that these don't entirely not make sense too (triple-negative is purposeful there). It becomes even harder as Google+ will undoubtedly be added, and Google in addition to being the all-powerful web corporation, is, along with Facebook, and Twitter, are all, at least in informal English, verbs.

Immediately, I can find one example of another source which is following the same mentality which drove the lack of capitalization.

Personal opinion? Always use as proper of a form as possible -- LinkedIn, Facebook, Twitter. But I also believe that it is a tragic misfortune that people exclude semi-colons from SMS and IM's.

This is a change that should be made, looking at Twitter's (just using Twitter as an example) "Guidelines for Use of the Twitter Trademark" it clearly states:

Clearly, Facebook and LinkedIn have similar policies somewhere, but Twitter's was most easily available.

Further down its clearly written:

As kd7 found the guidelines for Twitter, I thought I hunt down the others.

LinkedIn isn't very clear on this. I can't find anything specifically about capitalizing it. Although, it looks like they would like something like: LinkedIn® professional networking services as a text link but LinkedIn® should be sufficient.

Well, LinkedIn isn't there any longer, but the capitalization on Facebook and Twitter should be correct after the next build, matching the other places they're used in the site.

867
The Many Memes of Meta
38
Could we have proper casing in the question title watermark?
6
Why can't we share on LinkedIn anymore?

264
"You have gained power. Here's how to use it." kind of message
51
Who is responsible for Twitter integration?
10
Share question/answer links to LinkedIn
60
Would allowing moderators to update their Stack Exchange sites' Twitter accounts improve visibility and offer more value?
385
Send authors an inbox message if their question is closed
5
Do not offer to *Share a link* on private beta
3
Too many commas in the social network share text
277
Make moderator messages anonymous
720
Dear Stack Exchange: a statement and a letter from your moderators