So I have an HTC Titan which runs on Windows Phone 7.5 and I noticed that when trying to leave a comment, the comment boxes behave differently in some circumstances. Yes I know, WP7 isn't officially supported yet but I see the same thing in on an iPhone 4S running iOS 5 which is supported but still shows the same behavior.

As far as I can tell, with the phone held horizontally in the landscape orientation, the comment boxes do not span the entire width of the screen when adding the first comment on a post. It stays about the width of the screen as if it were still being held vertically in the portrait orientation. Otherwise when adding another comment with other existing comments, it spans the entire width available as I would have expected. In portrait orientation, they seem to span the expected width in both cases, even if I change orientations after everything has loaded. 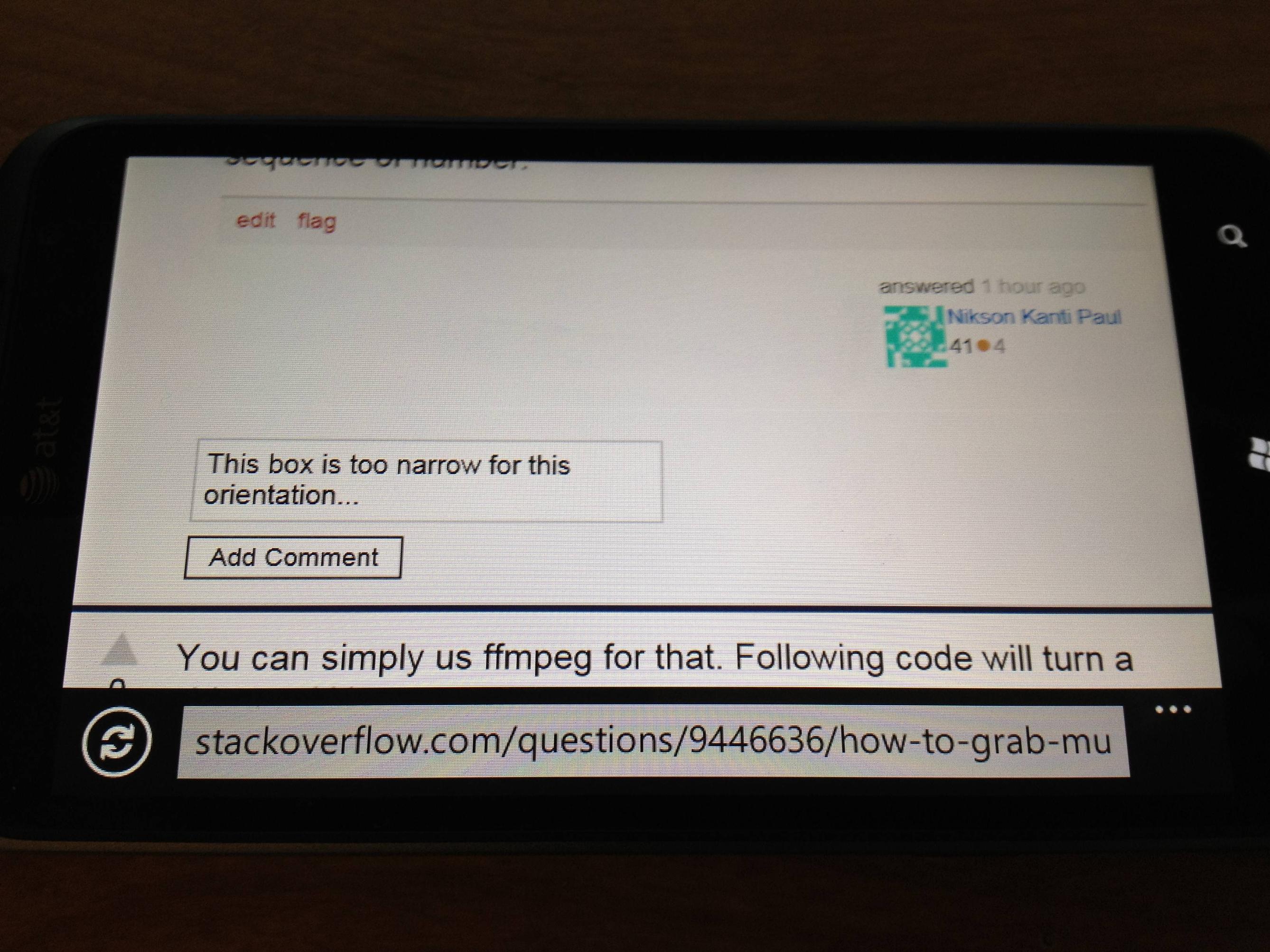 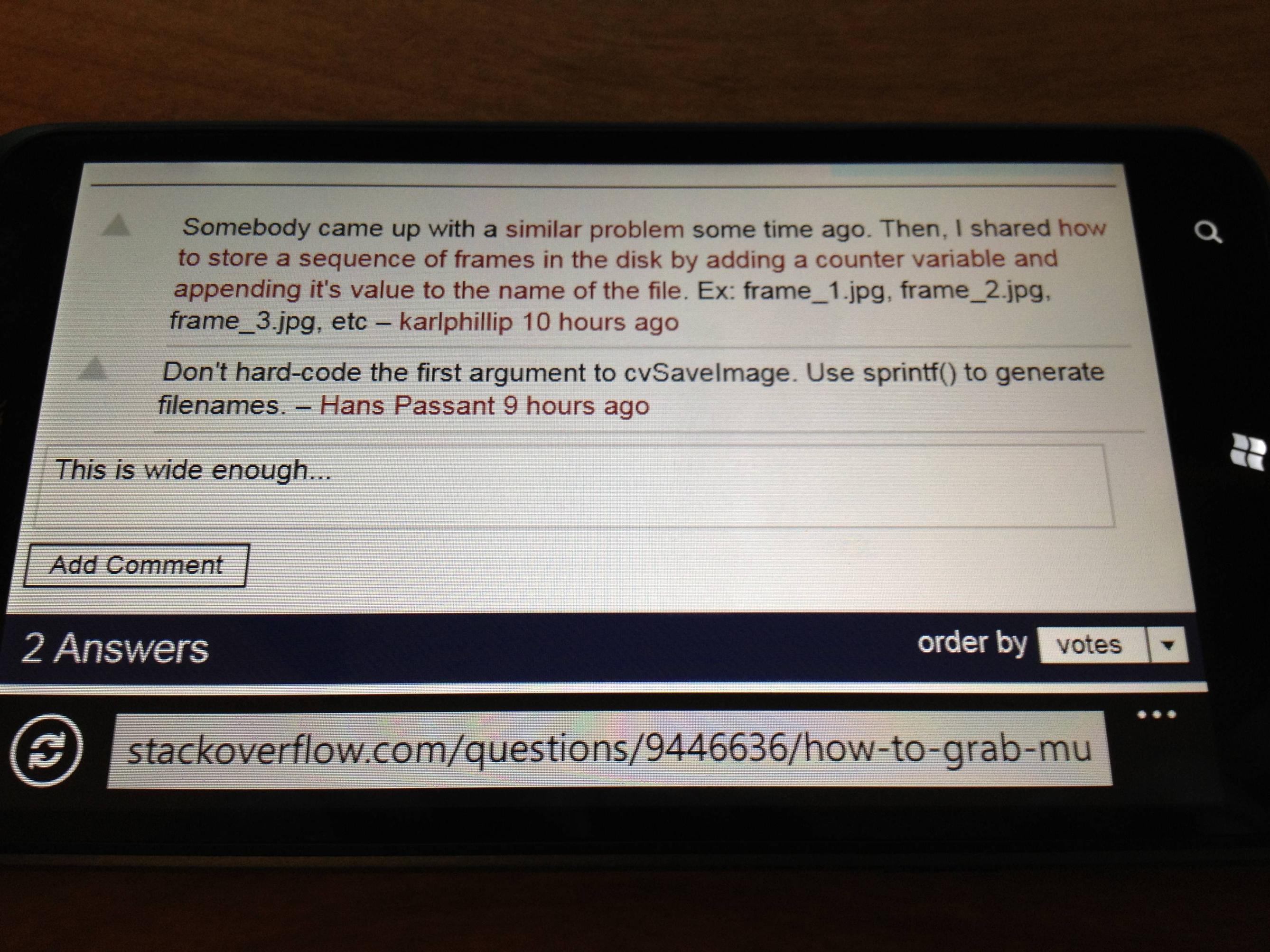 That can't be by design right?

I don't have a 2012 phone to test with, but the box does resize with a modern smartphone.

I assume this has been fixed at some point.

Not the answer you're looking for? Browse other questions tagged bug status-completed comments user-interface mobile-web .

206
Which browsers are officially supported, and what else do I need?

160
Pressing Enter in comment box unexpectedly submits form
3
comment doesn't support multiple backticks code span
311
Don't remove the @ part of my comment
150
Tell the user who will be notified of a comment
35
Add comment length counter on the mobile site
3
Why are menu, vote and 'add comment' clicks ignored on Stack Exchange sites on my mobile device?
52
Review option on mobile phone not available?