Accepted answer date and time not being updated when it was previously accepted?

This is something I noticed:

As per my rep records, I just lost 15 rep as an unaccept:

When I went over to the answer, the timestamp on the now-accepted answer made no sense:

How is that an answer which was accepted 2 years ago, made me lose rep now?

Looking at the timeline, I think this is what has happened: 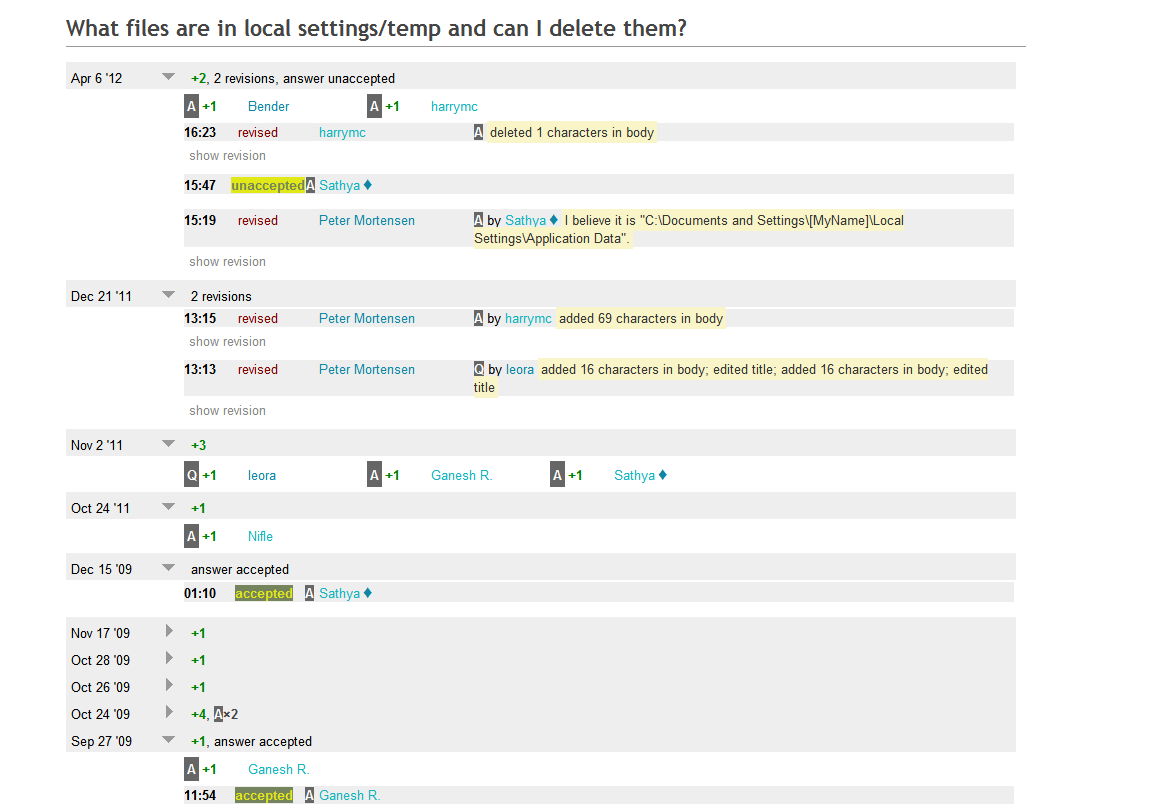 So, does this mean that unaccepting my answer resulted in the previous marked as accepted answer being marked as the-current-accepted-answer, even though the timeline doesn't explicitly say it has been accepted?

Or is that the timestamp on the once-accepted-answer isn't updated?

This happens when a question is merged. For accepted answers THERE CAN BE ONLY ONE, so the earliest wins. You can see that a merge happened here: https://superuser.com/posts/59860/revisions

Kudos to balpha for finding that, I thought we had a phantom double accept cleanup job I was incapable of finding and was going slightly mad.

Not the answer you're looking for? Browse other questions tagged bug status-bydesign accepted-answer .

259
What are the hidden features of Stack Exchange?

246
Please show us when we lose an accepted answer
12
What should we do when the situation changes for an old question that already has an accepted answer?
17
Previously accepted answer got deleted and unaccepted later: lost the 15 rep acceptance bonus twice
3
Showing unaccepts for answers?
5
Does the loss of reputation from unaccept happen on the day of the unaccept or retroactively?
103
Tag scores are not updated and the issue is getting worse