Will the recent flush of Beta graduations impact sites that meet criteria?

In the recent big news Congratulations to our 29 oldest beta sites - They're now no longer beta! a bunch of sites got "Promoted" and I think that is great and I don't have any issues with it. But as some related posts show it does leave something of a backlog to get these 29 updated.

What impact will this have on sites like Space Exploration that are consistently having 10+ questions per day, and are still in beta?

No impact at all. There is still a so-called graduation process in place (even if that process is way broken and changes are in progress).

This was a simple quick-fix for sites that were so obviously NOT "in beta testing", we could do something RIGHT NOW with little risk of waiting to solve all the problems with that process.

The overwrought graduation workflow has not worked for a very long time. So instead of just sitting on our bums doing nothing until "all the stuff can be fixed", we took a small, incremental step to do the right thing, even if it couldn't help everybody.

I wouldn't get too wrapped up (yet) in what this means to sites not in that list. The goal of the new process is to simplify everything for everyone so the site lifecycle becomes simple, transparent, and understandable without having to wade through endless meta posts to figure out why you haven't moved on — but most of all, the goal is to build something sustainable so sites aren't perpetually waiting in unmovable cues and needlessly entangled in dependencies and process keeping them from getting the features they need to operate.

I am trying desperately to make that process as simple as possible so we don't end up just shuffling things around into different labels doing more of the same wrapping everything around contingencies and exceptions, waiting for limited resources over which we have no control, and waiting on the Community Team to stand judge over who gets what and when stuff should get done. We've been down that road before. Let's not perpetuate that process.

Space Exploration isn't consistently having 10+ questions per day, not even if you include closed & deleted questions: 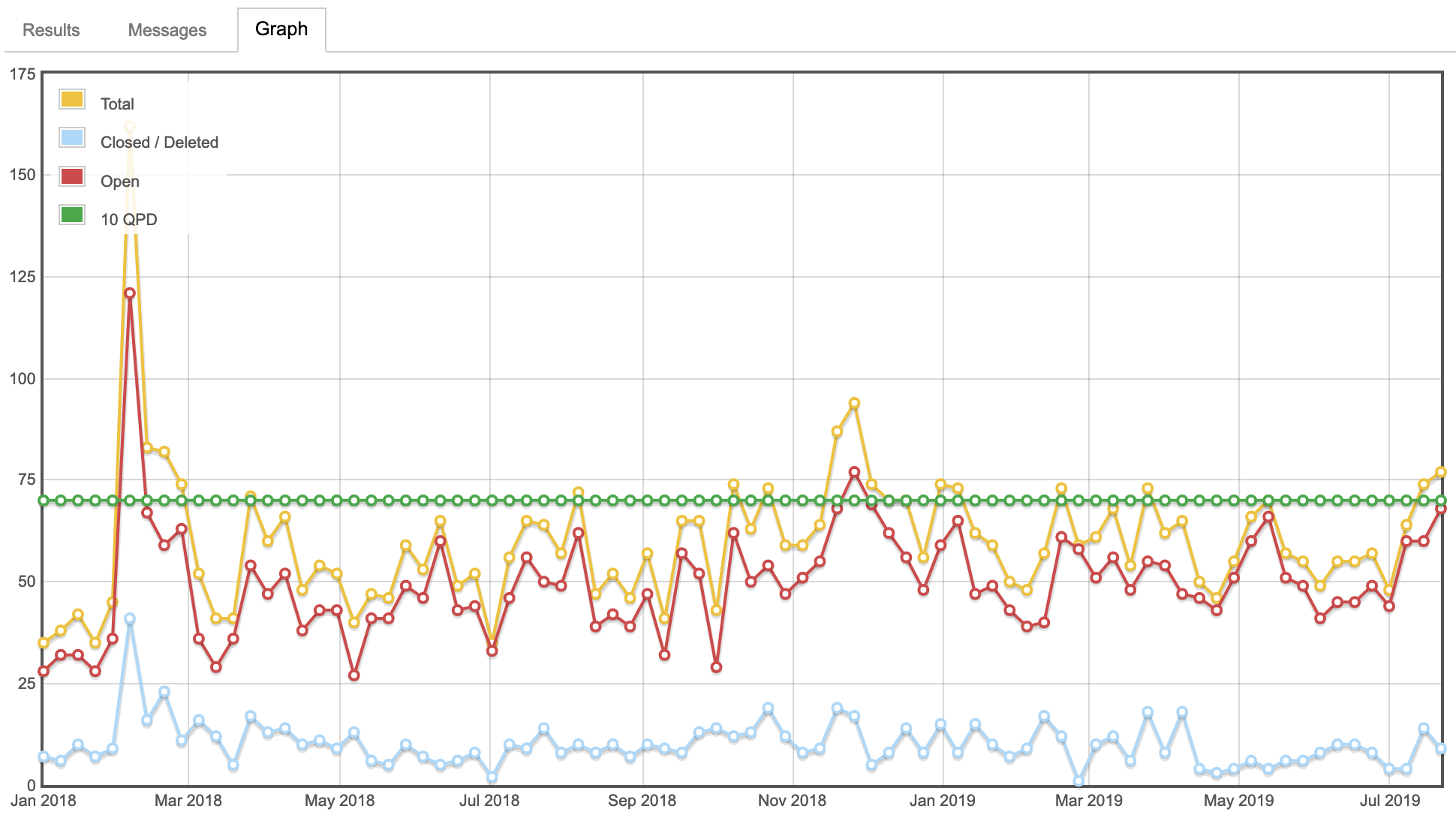 (that's questions per week, to account for the weekends being slower)

Otherwise, the Community Team is still discussing about the graduation process, as @Catija mentioned here:

As @MonicaCellio says, we're in the process of re-envisioning what it means to be a full site. A lot of the questions you're asking are ones we're trying to understand, too! I'd love to see what y'all think about it, too... I love that you think moderation is an important part of that... I agree that the site culture and moderation is a factor - but one that's difficult for us to assess. It'll be interesting to hear your thoughts. On top of that, figuring out when the different bits associated with "Graduation" should be awarded.

Not the answer you're looking for? Browse other questions tagged discussion beta-sites site-lifecycle .

486
Congratulations to our 29 oldest beta sites - They're now no longer beta!
21
How exactly are Area 51 beta stats calculated?

404
Graduation, site closure, and a clearer outlook on the health of SE sites
2777
A Terms of Service update restricting companies that scrape your profile information without your permission
456
Network-wide HTTPS: It's time
420
Goodbye and thank you, Jaydles!
486
Congratulations to our 29 oldest beta sites - They're now no longer beta!
2426
Firing mods and forced relicensing: is Stack Exchange still interested in cooperating with the community?
946
Firing Community Managers: Stack Exchange is not interested in cooperating with the community, is it?
550
The company’s commitment to rebuilding the relationship with you, our community
578
We're switching to CommonMark