I know this is somewhat of a rare request/edge case, but this is becoming really annoying. In the faq, which I've linked to below, you state that for the comment reply system to work,

There must be a starts-with, case-insensitive match of at least three characters in the display name.

Could you please parse the word after that, or consider reducing the number of matching characters required down to two, because, I think as you could see now, the first word of my username1 consists of only two letters, and apparently nobody knows of the correct way of doing this, which in my opinion is quite obscure:

Spaces are removed from the display names for matching purposes

I mean, the only instance where I know somebody did this right is here: Is there such thing as a relative jQuery selector?.

I've basically been reduced to opening up questions with my six last comment and refreshing them one by one to watch for replies. Its painful and stupid. Sigh.

The problem isn't just with my name specifically, though. Although most (all?) English names have at least three characters, this is not true with the Chinese language. A lot of Chinese characters when are anglicized become two character words. Last names with two characters (anglicized into two words in English) are also allowed. Yes, its not really an i18n problem, but surly you could have foreseen this before setting the limit to three?

So, look, I would really like not to have to change this display name into camalCase just to get comment replies working.

1The entirety of which is my last name, by the way, so please stop calling me 'Yi' :)

This is now possible.

We (sort of) still require a @reply to have at least three characters, and still stop matching on whitespace, but we now accept "nothing" as the third character, meaning "word boundary". So the comment

Thanks @Jo, that helped!

The rules for longer @replies have not changed, so

Yeah, @Don is right, you should use jQuery!

will match both "Donald Duck" and "Don Corleone" (so the notification will go to the one who was last active).

As always, the safest thing is to use the whole username (spaces removed) when replying.

The Great Jeff Atwood came to me in a dream, and gave me the solution!

Okay, so no he didn't. This is what he said:

well, the "bug" is that your name is too short.. clearly that needs some fixin'

But really? Asking your users to change their names just to use the system? I find that slightly insulting... 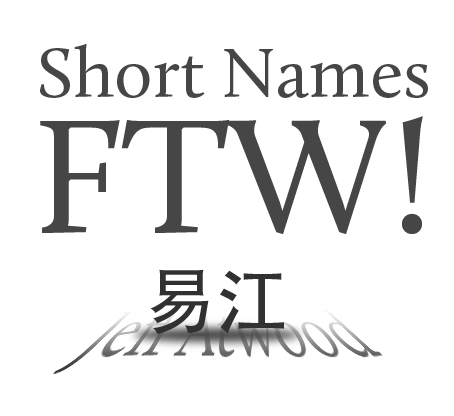 This would be mitigated if/when auto-complete is implemented in comments. Offhand I can't find a link to a meta question for that, but I imagine there must be one.

Not the answer you're looking for? Browse other questions tagged feature-request support status-completed comments comment-replies .

800
Recent feature changes to Stack Exchange
681
How do comment @replies work?
23
What can be done about repetitive questions?
76
Tab name completion for comments please!
19
Can my less than 3 character username be grandfathered in when I edit my profile?
31
Prevent (or at least notify about) display names shorter than 3 chars
39
Provide more user feedback for unsuccessful comment replies
11
What happens to unanswered questions from deleted accounts?
26
Auto-expand @username in comments to keep the username up-to-date
11
Adding auto-completion for @nickname in comments or adding or a reply button
See more linked questions

11
How exactly are @replies matched to usernames? Can I make my username easier to @reply to?
192
Allow more than one @name notification per comment
27
Comment reply @ name with space
153
Tell the user who will be notified of a comment
48
Let me reply to one user among two having same names in comments
186
Every "close" has its thorn: replace "close" with "on hold" for the first five days
583
We're switching to CommonMark