MathJax isn't currently working on the Android app, which makes it totally useless for the 'technical' sites like Mathematics or Physics.

For example, in the Android app: 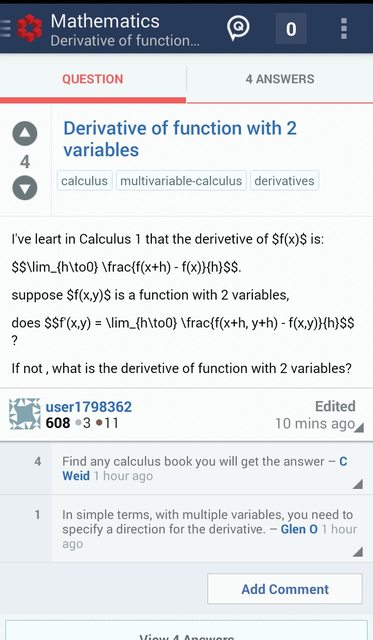 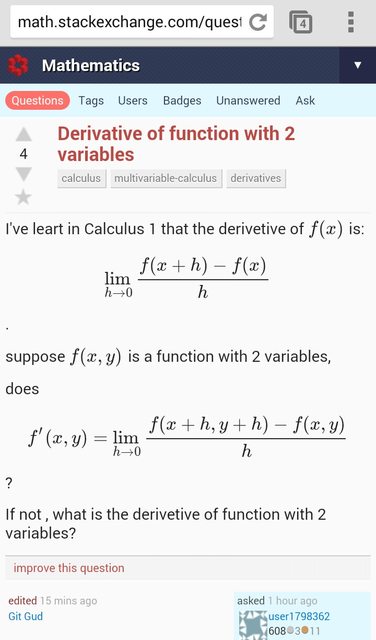 MathJax is enabled in application as of version 1.0.13, coming out later tonight. It's only supported in a limited selection of places:

MathJax is not rendered in question titles anywhere. That means in the feed, search results, and even when looking at an individual question. 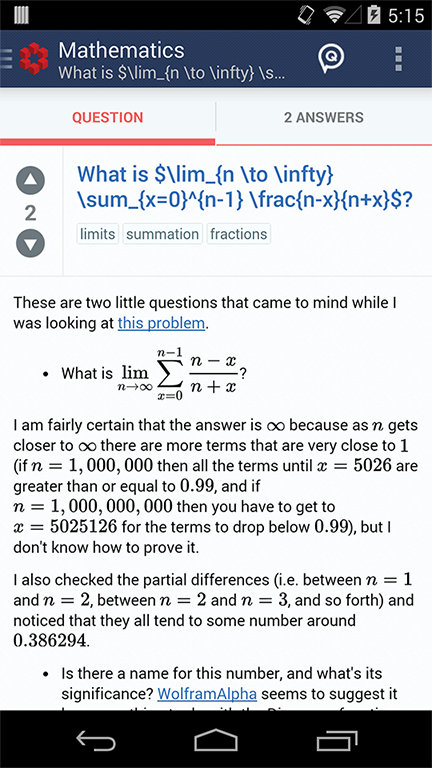 This is something we've talked about a bit before and decided to delay figuring out what to actually do until after our initial release.

To give more explanation here:

Since everything in the app other than the question/answer bodies are native code rather than webviews, this is going to take us a while to try and figure out. At the moment we're putting it on the backburner.

Not the answer you're looking for? Browse other questions tagged feature-request status-completed android-app mathjax .

190
Allow us to vote to delete from the Android app
24
Please add TeX rendering on the iOS app
52
Please show hats in the Android app (aka android app hates hats)
719
Dear Stack Exchange: a statement and a letter from your moderators
580
We're switching to CommonMark