Float preview to the right

I know this has been posted years before, but screens have become wider...

It would be nice if it was possible to have the editing window and the result/preview window visible at the same time.

When the question is long, I have to scroll up and down all the time to see if the formatting works as expected.

The preview could be put into a scrollable div, ideally it would scroll in sync with the editing window. Even better would be to have a mode where the editing and preview were in separate columns, side by side; on most modern screens the resolution permits that.

The left column could collapse into a topbar or a hamburger menu, the "Similar Questions" in the right column should end at the same height as the "Questions that may already have your answer" in the middle column.. 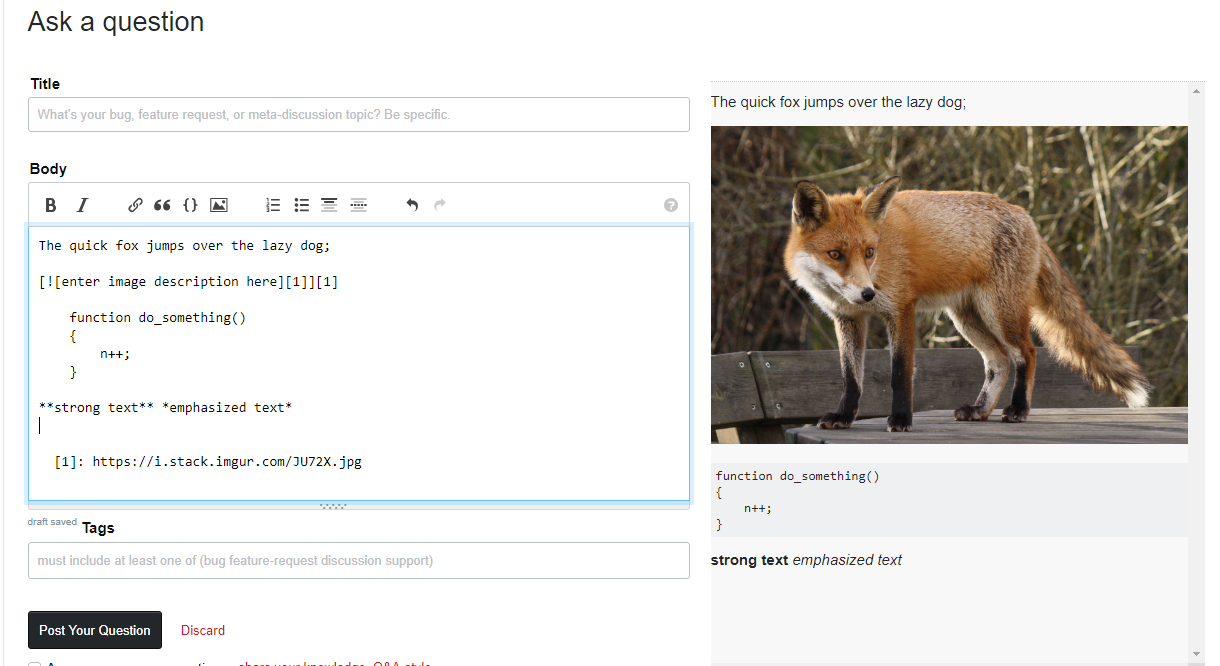 36
Preview on the right please, optionally?
5
Float the editing window

828
Can we have the ability to retract a close vote before it closes?
36
Preview on the right please, optionally?
3
Can we have moveable interface Items?
4
Add option for edit preview to be in a scrollable DIV
5
help-popup on chat is too big
20
The Discourse layout for side-by-side Markdown preview
12
Why is the text editor not two-column?