Ask Question
Asked 6 days ago
Modified 3 days ago
Viewed 275 times
18
The bounty expires in 3 days. Answers to this question are eligible for a +50 reputation bounty. gnat is looking for an answer from a reputable source.

Not long ago here on main meta, a user posted a question, a rudimentary one which attracted a downvote almost immediately. Their response was almost as quick; they deleted their account.

Subsequently, 6 minutes later another question was posted about "asking on behalf of a friend". That account was quickly deleted.

14 minutes on, another question identical in meaning to the second was reasked. When I left a comment asking about the odd behaviour, again the account was deleted immediately.

As I do from time to time, I checked the account profile before deletion. The first and third Q-accounts had identical site memberships (I missed out on seeing the second, so no screenshot). Four association bonuses on the same sites with both Q-accounts, no account spawning the bonus: 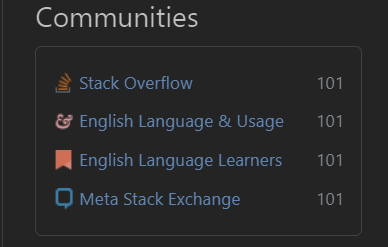 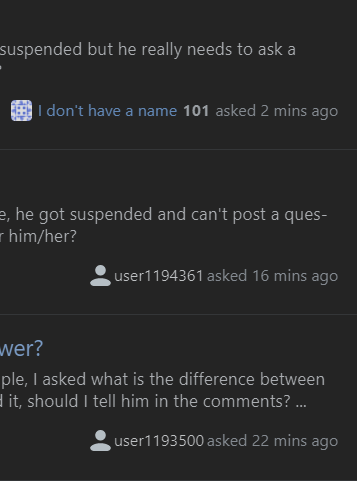 Does this odd behaviour have any implications for evading account suspensions? Can new accounts be created from a "safe" disassociated account and then that account disassociated again, to leave that original account high and dry, safe from any potential bans or suspensions? If so, then can this be addressed and the loophole closed?

What follows is, can multiple clone accounts be created from the same spawning account if each time it's disassociated it can spawn new ones? Each with an association bonus and no apparent connection to the original user.

Update: They're back again again, question, profile. Hey, a couple of downvotes and the question/profile were deleted as before.

Just to keep the details tidy, here's a list of user numbers in order of appearance:

273
How can I delete my account?
87
We've drastically simplified the user deletion process!
54
Prevent users from immediately deleting their accounts if they've made one post
23
Prevent repeat offenders from using association bonus / nuke all acounts network wide

203
Avoid the Streisand Effect - be clear about the reason when suspending an account
538
Recent Reputation History Changes
420
Which computer science / programming Stack Exchange sites do I post on?
23
Prevent repeat offenders from using association bonus / nuke all acounts network wide
275
Let's disallow moderator nominations from people who've been suspended in the past year
292
Why we don't keep public records of suspensions
6
If you delete your account, can you still be suspended?
54
Prevent users from immediately deleting their accounts if they've made one post
2501
Firing mods and forced relicensing: is Stack Exchange still interested in cooperating with the community?